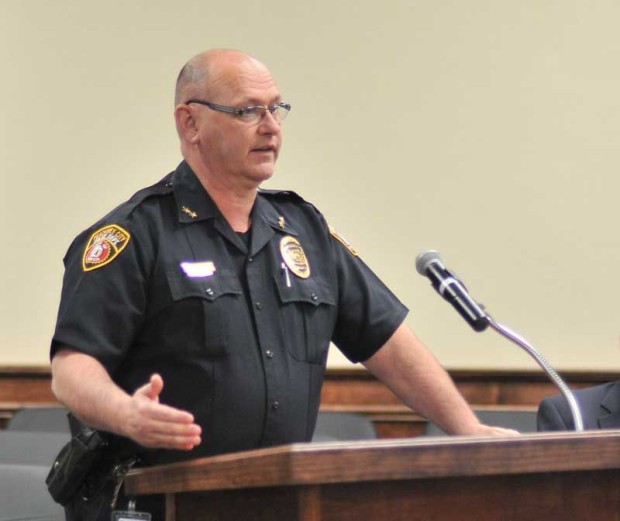 The Georgia Bureau of Investigation has released the 911 call made by Peachtree City Police Chief William McCollom early Thursday morning.

In the call, McCollom said he shot his wife Margaret, 58, in the back accidentally — twice. Investigators, however, found the woman to have been shot only once, according to the GBI.

“The gun was in the bed. I went to move it, I put it to the side, then it went off,” he told the dispatcher. The woman was asleep at the time, he said.

McCollom tells the dispatcher that he is the chief of police in Peachtree City. The dispatcher asks him to confirm that, to which he responds: “Yeah, unfortunately, yes.”

During the call, his wife can be heard crying in the background.

Towards the end of the call, McCollom can be heard asking himself, “How the hell did this happen?” and asks his wife, “Are you okay? Are you still breathing?”

He then tells the dispatcher, “Hurry, hurrry, hurry.”

Peachtree City Police responded to the home at approximately 4:17 a.m. ET, Lt. Mark Brown said in a news conference. The victim was airlifted to Atlanta Medical Center after officers arrived.

William McCollom, who had served as chief for one year, has been placed on administrative leave, officials said.