When Arthur Blank decided he would build the Mercedes-Benz Stadium, he acted on a vision to make Atlanta into a major sports capital of the world.

As the owner of the Atlanta Falcons and Atlanta United FC, Blank committed himself to a stadium that would be viewed as more than just a football stadium. 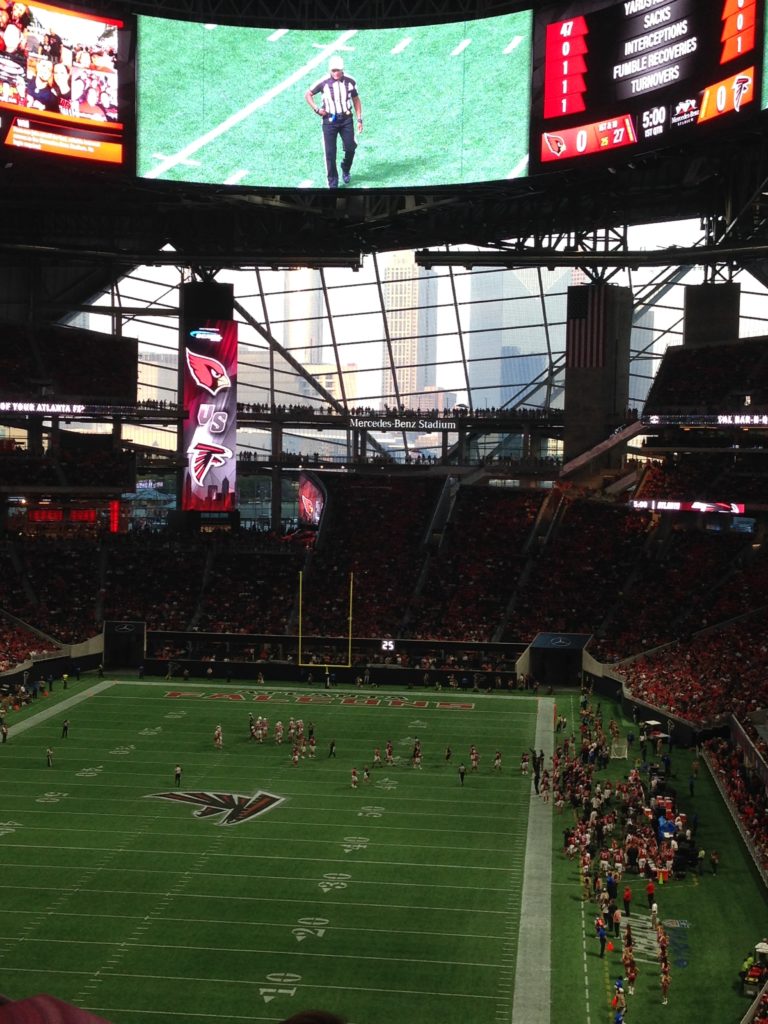 “Arthur wanted something unique,” says Bill Johnson, architect for the Mercedes-Benz Stadium. “And when I talk about icons, I talk about the St. Louis Arch or the Eiffel Tower or the Sydney Opera House or the Disney Concert Hall. This is one of those buildings and it will always be one of those buildings. And people will come to see it for that, and it will have nothing to do with football.”

Mercedes-Benz Stadium qualifies as unique. The stadium features a signature retractable roof with a “halo board” that is the largest video board in the world.

The retractable roof has garnered major attention. It’s made up of 18,000 tons of steel.

The roof functions like a camera lens, needing simply the push of a button before the roof begins its eight minute transition to opened or closed. The coolest part? The roof was inspired by the Roman Pantheon, which translates to “honor all gods”. Perhaps Blank envisioned the stadium honoring the best athletes in the world, across any sport.

The halo video board beneath the roof is a ridiculous 63,800 square feet, an improvement from the 4,800 square feet of video screens in the former Georgia Dome.

Mercedes-Benz will be more energy efficient than the Georgia Dome as well.

The stadium is actually completely sustainable and is on track to become the first professional sports stadium in the United States to be LEED (Leadership in Energy and Environmental Design) platinum certified. Arthur Blank insisted that this stadium would reflect the values of the people of Atlanta and he was committed to ensuring the stadium be recognized as one of the most sustainable of its kind.

To be recognized as LEED platinum, Mercedes-Benz Stadium has 4,000 solar panels, capable of powering all home games, a storm vault that can hold 1,100,000 gallons as well as a 680,000 gallon reservoir that captures rain water to be used for irrigation. The stadium will also have recycled or reused 97% (176,000 tons) of Georgia Dome materials by the end of 2017. 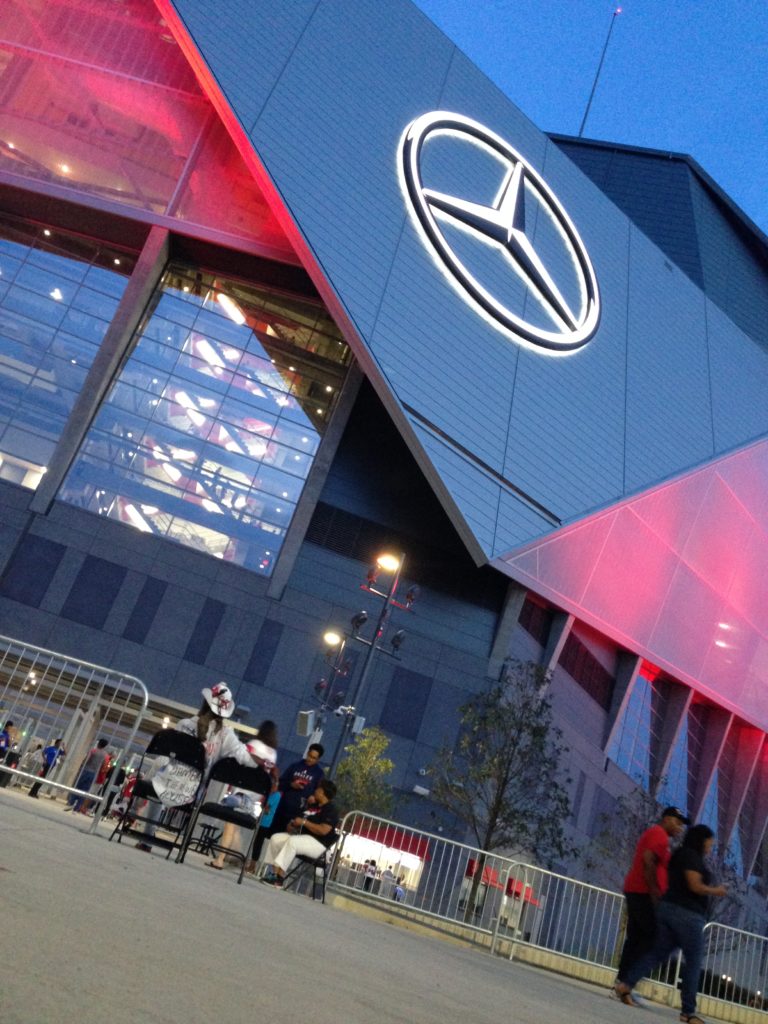 Scott Jenkins, General Manager of the Mercedes-Benz Stadium says, “This stadium will take [green] building to a national and international level of exposure because of the significance of the events we host. We’re planning to have some of the biggest events in North America, in a place with iconic architecture that’s also LEED Platinum.”

The events that Jenkins is referring to include the 2018 college football National Championship, the 2019 Super Bowl and the 2020 NCAA Final Four. Arthur Blank also hopes this new Atlanta staple is chosen for the 2026 North America bid for the FIFA World Cup.

Perhaps most impressive of all is the two teams that will be inheriting the Mercedes-Benz Stadium: the Atlanta Falcons and Atlanta United FC. The Falcons are led by reigning NFL MVP Matt Ryan, the best receiver in the league in Julio Jones and a young defense that has developed a reputation for playing physical. Atlanta United in their inaugural season is only one spot removed from the playoffs. The team has already set an MLS record with 27,000 season tickets sold.

Only one NFL team has ever been named World Champions in their first year of a new stadium (Dallas Cowboys, 1971) and no MLS team has ever accomplished such a feat. Both teams hope to make history this season.