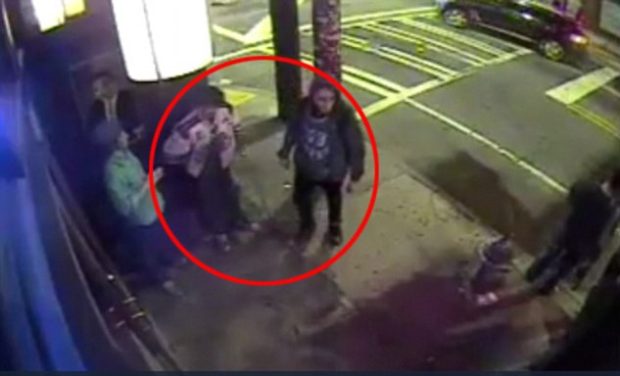 A man on a first date was shot dead outside an Atlanta bar after getting into an argument with another man and making a comment about voting for Donald Trump.

Mitchell Mormon Jr, 32, was gunned down outside of Church bar on Edgewood Avenue around 3am on Saturday in a double shooting, WSB-TV reported. At the time, he was on a date with Shaunita Walker, 25, who was also shot and suffered injuries to her arm. She is now recovering out of state.

Mormon, a father-of-three, and Walker had met a week before during an orientation for new employees. Mormon had only just accepted his new job.

Their date started out as a good evening but quickly turned deadly after Mormon got into an argument with a man who pulled a gun on him as he and Walker left the bar.

The tragic ordeal reportedly unfolded as Walker went back into the bar to get her phone when the alleged gunman, who she said is Hispanic, tried to talk to her and said something disrespectful.

She said she told Mormon what happened and he then confronted the suspected shooter, according to WSB-TV.

Mormon and the man began arguing and at one point Mormon jokingly told the man he voted for President-elect Trump and he would be gone next week, Walker said.

The two men continued arguing before the suspected shooter left, went around the corner and returned with a gun, opening fire, Walker told WSB-TV.

As police search for those responsible, Mormon’s parents said they have already forgiven their son’s killer, they just want closure at this time, WGCL-TV reported.

His father, Mitchell, described his son as a ‘lovable person’ who enjoyed playing sports.

‘He loved getting everybody else involved playing. He was just a lovable person and everybody loved him,’ He said.

Anyone with any information about the shooting is asked to call Crime Stoppers at 404-577-TIPS.