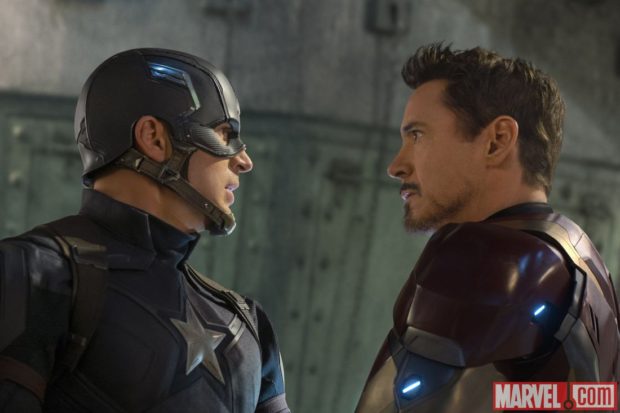 I had the pleasure of being able to screen Captain America: Civil War early last Thursday. While I was checking in at the Marvel table in Atlantic Station, it dawned on me that we officially live in the era of comic book movies. Six films alone in 2016 were/are superhero tent pole films. With the acceptance of these films into mainstream popularity, there comes the fear of generic blockbusters being churned out annually. 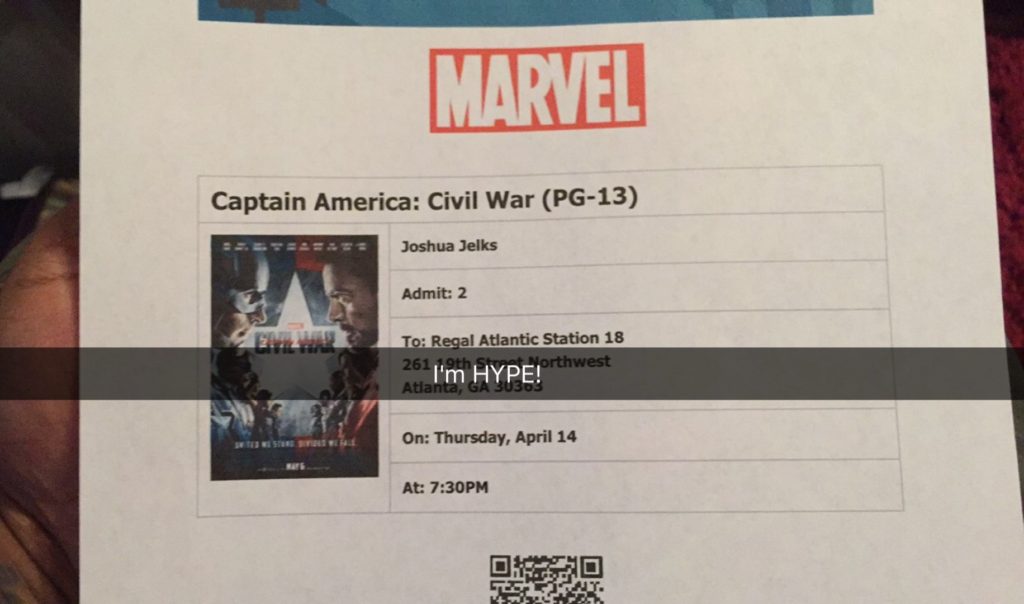 Can you tell I was excited?

Some would call it an over saturated market and I don’t necessarily disagree with them. Others, like myself, just enjoy reliving our youth on the big screen no matter what the property.

So the challenge now becomes, how do they keep these movies fresh, unique and exciting to both the fans and the general public? Despite being the 13th movie in the Marvel Cinematic Universe, Captain America: Civil War gladly accepts the aforementioned challenge and succeeds in making the best superhero film since franchise member Guardians Of The Galaxy and The Dark Knight.

Civil War is one of those rare superhero films that lands on every level that it presents to the viewer. From the characters, action, story, costumes, set pieces, cinematography and more, this film just works. It creates an extremely satisfying and semi-tension-filled movie experience that warrants multiple viewings.

That is credit to the amazing directing duo of Joe and Anthony Russo, who helmed 2014’s Captain America: The Winter Soldier, and writers Christopher Markus and Stephen McFeely. You truly get a sense that they understand, as well as respect, these characters and the story. 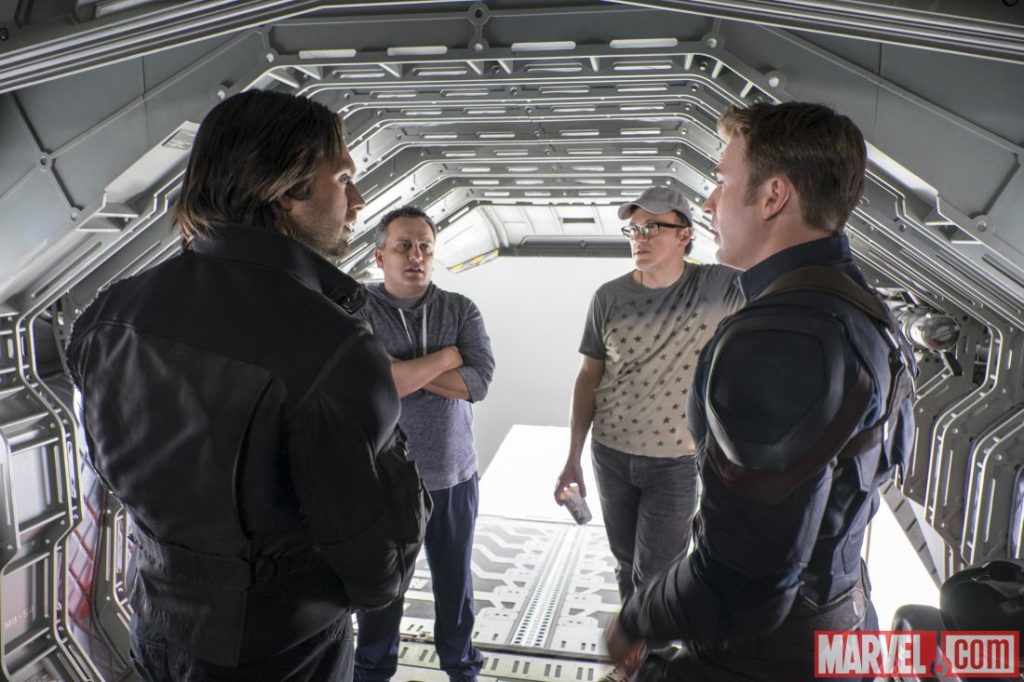 For those who were afraid this movie would be Avengers 2.5 and not a Cap 3 movie, you may be right to a certain degree. With the largest lineup of heroes thus far in a MCU movie, it was bound to be “unofficially branded” in such a fashion, but viewers never really forget that Captain America is at the very heart of the film.

At its core, this film is a direct continuation of the story in The Winter Soldier that also deals with the aftermath of Avengers: Age of Ultron. Each of these beloved characters receives the care, screen time and arches they rightfully deserve. Civil War can only be described as a beautiful balancing act of story, action and drama.

There is no clear right or wrong in this film. Each side has semi-legitimate grounds to feel the way they do, which leaves the viewer emotionally invested, conflicted and questioning, “What would I do in this situation?”

The film carefully sets the stakes in the beginning with a flashback of James “Bucky” Buchanan (Sebastion Stan) being thawed from his cryogenic sleep and programmed by Hydra agents as the Winter Soldier in a somewhat similar fashion to what happened in Cap 2.

We then jump to see the tactical prowess of Captain America (Chris Evans), the shiftiness of Black Widow (Scarlett Johansson), the astuteness of The Falcon (Anthony Mackie) and subtle naïveté of new comer Scarlett Witch (Elizabeth Olsen) on display during a mission in Lagos.

Their teamwork is showcased in a fast and frenetic fashion but an accident occurs, raising concerns as to the issue of accountability and who they should answer to. With the destruction and death tolls being accounted for from each of the previous films, the US Secretary of State (William Hurt) introduces the Sokovia Accords to put the Avengers under the jurisdiction of the UN.

Here is where we see the great divide in not only the film but the audience itself.

The Sokovia Accords introduces an ideological battle of accountability vs freedom. Should the Avengers have to be regulated by the government? Or should they be free to choose how, when and where they should save the world?

The premise is simple in nature but it creates a logical, yet uneasy rift in characters we’ve cared about since 2008. Characters like the erratic and once “anti-government regulation” Iron Man (Robert Downey Jr.), who is still haunted by the events of Age of Ultron, take stances that feel absolutely foreign to the 2008 iteration of the character, but it doesn’t feel out of place here because the Russos take the time to highlight the growth of Tony Stark as a person. I don’t think the same way as I did 8 years ago and neither does Tony in Civil War. It’s a subtle, yet appreciated touch.

The Accords put Steve and Tony, whose relationship is already on eggshells, at even greater odds and causes the movie to kick into another gear. This is definitely the point in the film where the characters begin to takes sides and you as a viewer may as well.

But there are, of course, major introductions in the film that come incredibly close to stealing the lime light. The silence of an incredibly captivated audience was quickly broken when Black Panther (Chadwick Boseman) and Spider-Man (Tom Holland) took to the big screen.

Boseman plays T’Challa with a regal calm and unrelenting fury. Fans of the Black Panther and those who are just being introduced to the character will be thoroughly pleased with his on-screen representation. In what is easily one of the best costumes in the MCU, Boseman in action received the loudest and most applause breaks during my screening of the film.

Tom Holland as both Peter Parker/Spider-Man can’t be described in any other way except perfect. The young actor had the task of balancing the youthful energy that made you relate to and love Peter Parker growing up and the wit and strength of one of the world’s most popular heroes. He exceeds in this task and it highlights how past iterations never fully encapsulated the character. 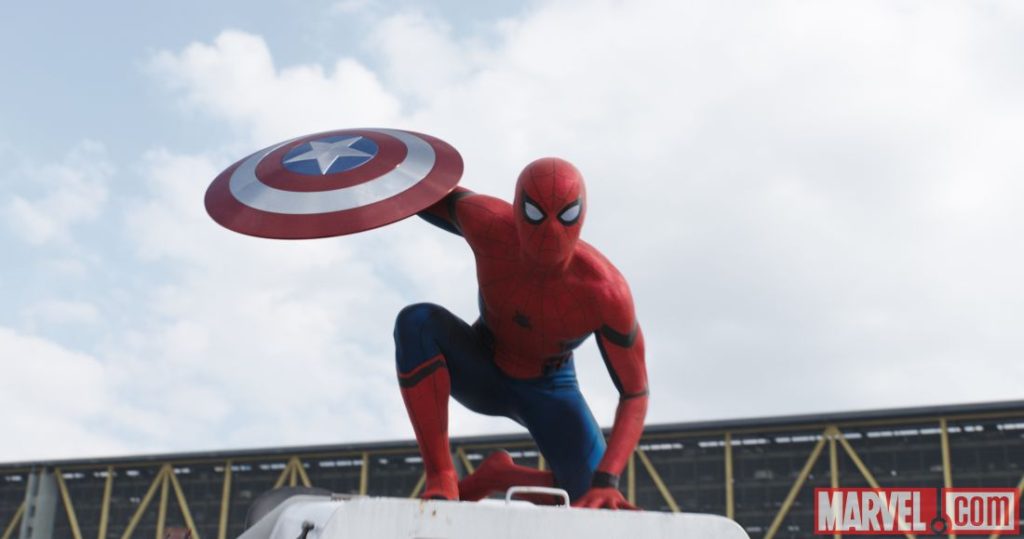 In roughly 20 minutes of screen time, he wowed the theater as the wall crawler and manages to organically interact with the other Avengers in a funny and tension releasing manner. His suit looks fantastic in action for those worried about the CGI.

Oh yeah…. The rumors about the airport scene are true. That was the best 15+ minutes of pure superhero action I have EVER seen on screen. Ant-Man (Paul Rudd) and Spider-Man are true standouts. That’s all I will say on that scene. It just needs to be experienced.

The movie is not perfect however. Once again Marvel fails at presenting a formidable/memorable villain. Zemo (Daniel Bruhl) is unnerving and feels like he has the potential to be a good villain. However, that potential just ends up falling flat.

His motivations come off as contrived and once you get to the end of his “diabolical plan” it feels slightly deflating due to the fact it relies on what ifs and plot conveniences. The conflict between both sides was bubbling to a tension-filled boiling point throughout the movie and I believe they would have naturally reached that apex whether Zemo was in the film or not. At least he can say he was successful I guess?

The film is Marvel’s longest movie to date at 147 minutes but the Russos pacing kept the movie sharp and entertaining to the point you forgot you’ve been there for two plus hours.

In the end, Captain America: Civil War does what it set out to accomplish. Wildly entertain and split audiences. A story driven thriller, with visceral action, astonishing special effects and appropriately placed humor that all blend together to produce a very good superhero film.

It was made here in Georgia, by the way!

I came in rooting for one team and left rooting for the same team (I’m a bit biased), BUT I at least saw where the other side was coming from. Phase 3 just got one helluva kick start.

Despite being the 13th entry in the Marvel Cinematic Universe, Captain America: Civil War fights off superhero film "fatigue" and succeeds in making the best superhero film since 2008.