The Mizzou protest has sparked a lot of controversy all across the country even right here in our own backyard, this time in Statesboro, Georgia. If you’ve missed what’s been happening at Missouri University here’s a brief timeline:

You can read more into the Mizzou Protest here.

Shortly after, a Georgia Southern student named, Emily Faz responded to all of the controversy on Facebook. Her post caused a major backlash amongst the African-American community at Georgia Southern, so much that she has now become a social media hashtag, see #EmilyFaz.

She also made a post saying all Muslims should walk off a pier. 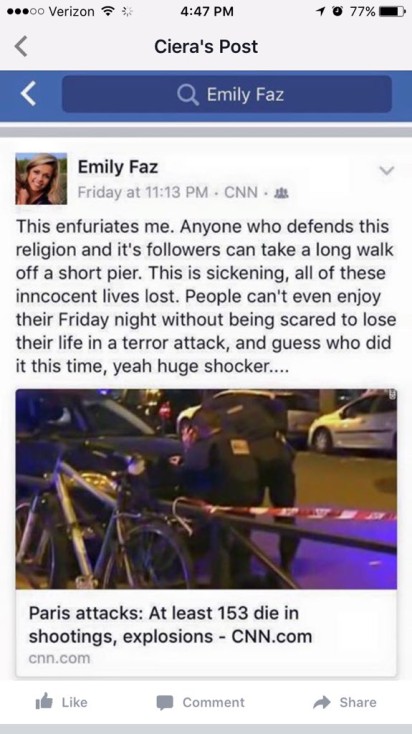 During this walkout students gathered together dressed in black to discuss the racial tension on campus and more.

Yesterday, Georgia Southern’s President Jean Bartles made a statement about the controversy of the post on the university’s website.

As we struggle to grow and change in a positive direction, I call upon all of you to do the following things: listen to each other, respect each other, and treat each other with dignity and concern. – Jean Bartles

Many students have called for Emily Faz to be expelled from school for her remarks. Some say they have witnessed Emily Faz with a police escort on campus. Yesterday she was fired from her job at Wild Wings for her Facebook post.

#EmilyFaz is a dope, but she threatened absolutely no one with violence!

“Like” us on FB to join the discussion!
http://facebook.com/GAFollowers

Nuke proof home goes on sale in Georgia for $17.5 million