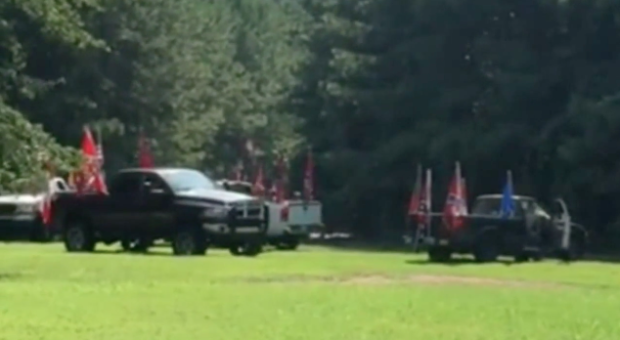 Douglasville, Georgia is about 30 minutes west of Atlanta, unfortunately this weekend a birthday party was interrupted when a few guys rolled up waving their confederate flags from their trucks AJC reports.

“This is a child’s birthday party!” one woman says.

Although you can’t hear from the video, the woman who initially posted the video on Facebook says the men were armed and they threatened to “kill y’all niggers”.

“I don’t mind them riding with their flags but I don’t want them going around threaten[ing] people in their yard like they did mine or harassing folks either,” the woman explained in her Facebook post.

Confederate Flags are more important to people than ever now here in Georgia. Check out these other stories..