Here’s the statement that the City of Atlanta issued, make sure you take note if you reside in these areas!

The City of Atlanta has issued a Boiled Water Advisory for the following areas until further notice:  Streets in downtown Atlanta to the south including South Fulton County, East to Moreland Avenue and west of downtown may have experienced a loss of pressure. Affected areas include, but are not limited to Cabbagetown, Edgewood, Old Fourth Ward, West End, Peoplestown, Reynoldstown, Mechanicsville, Summerhill, Edgewood, Avon Avenue and South Fulton County. 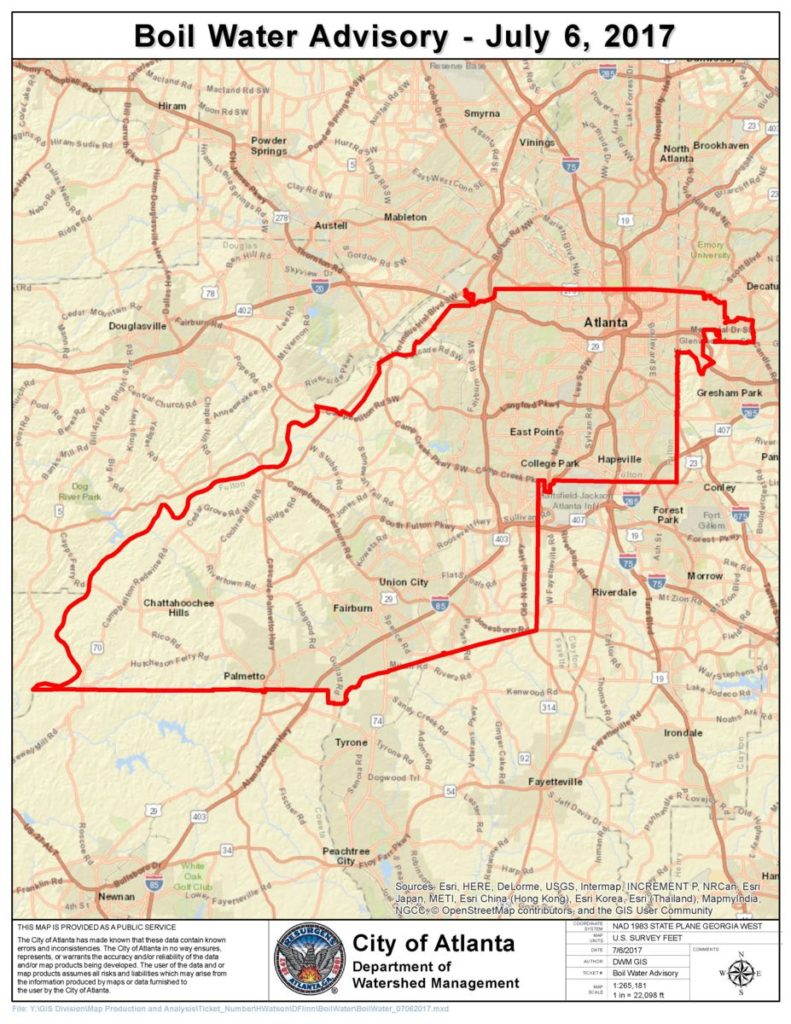 Customers in these areas should boil water for 1 minute past a rolling boil before using it for cooking, drinking or brushing teeth. Infants, the elderly and those with immune deficiencies should be particularly careful.

If you experienced a loss of water at your address but your address is not within the area described, you may want to follow these precautions.