If you live in Atlanta, you may have seen a pink jeep wrangler driving around Buckhead. If you’re like me, you noticed the driver is one of 2013’s most eligible Atlantans (sorry guy’s…she’s recently engaged) 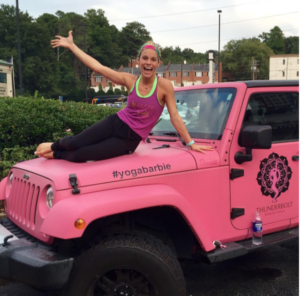 Atlanta’s own Carly Grace and Thunderbolt Power Yoga bring a unique and fun approach to maintaining physical and mental health. This morning, I had the chance to catch up with Carly recently for a quick interview to learn more about Carly and the Thunderbolt studio. 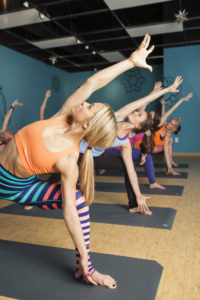 You can catch Carly Grace teaching at her studio Thunderbolt Power Yoga, at off-site events such as the infamous FIT Yoga Series with Carly Grace at W Atl Buckhead, at music festivals, corporate conferences, and more!  Be sure to look out for Carly’s quarterly Boombox Power Yoga® Class offered alongside a live DJ, accompanied by her pink boombox, and enhanced with a 16 inch disco ball. 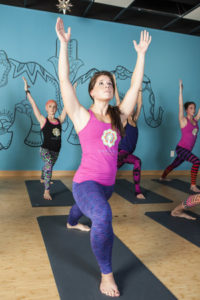