Craig Sager apparently left his children out of his will.

His son, Craig Sager II tweeted on Tuesday that he was summoned to court over his late father’s estate that he and his sisters were “100% excluded from.”

Nothing like getting served, pestered by Sherrifs & taken to court over a Will that myself and my sisters are not only 100% excluded from but do not even have any interest in contesting in the first place. Thanks Dad 👌

Sager, the former sports reporter best known for his sideline work covering the NBA for TNT, died on December 15, 2016 at age 65 after a long, public bout with leukemia. He had five children between two marriages.

There were no reports of family estrangement, and Sager II wrote a loving recollection of his father for Sports Illustrated following his death. The two wrote a book together while Sager was dealing with his terminal diagnosis.

“My own determination to support my dad and put our relationship and family first has been the most important lesson I have ever learned. It can be a difficult needle to thread, but when you know someone is special and when it means that much to you, don’t give up. Time is precious. I am able to say I am proud of every second we spent together until the last one.”

I support @CraigSagerJr finally coming clean about some of the dumbassery we’ve been dealing with.

Family is everything, and it’s incredibly painful to know others are trying to erase you from it.

Sager II’s ex-girlfriend, Brenna Simon shed some light on the situation in response to his initial tweet, with harsh words for Sager’s second wife and stepmother to his three eldest children, Stacy Sager. Stacy is the mother of Sager’s two youngest children. 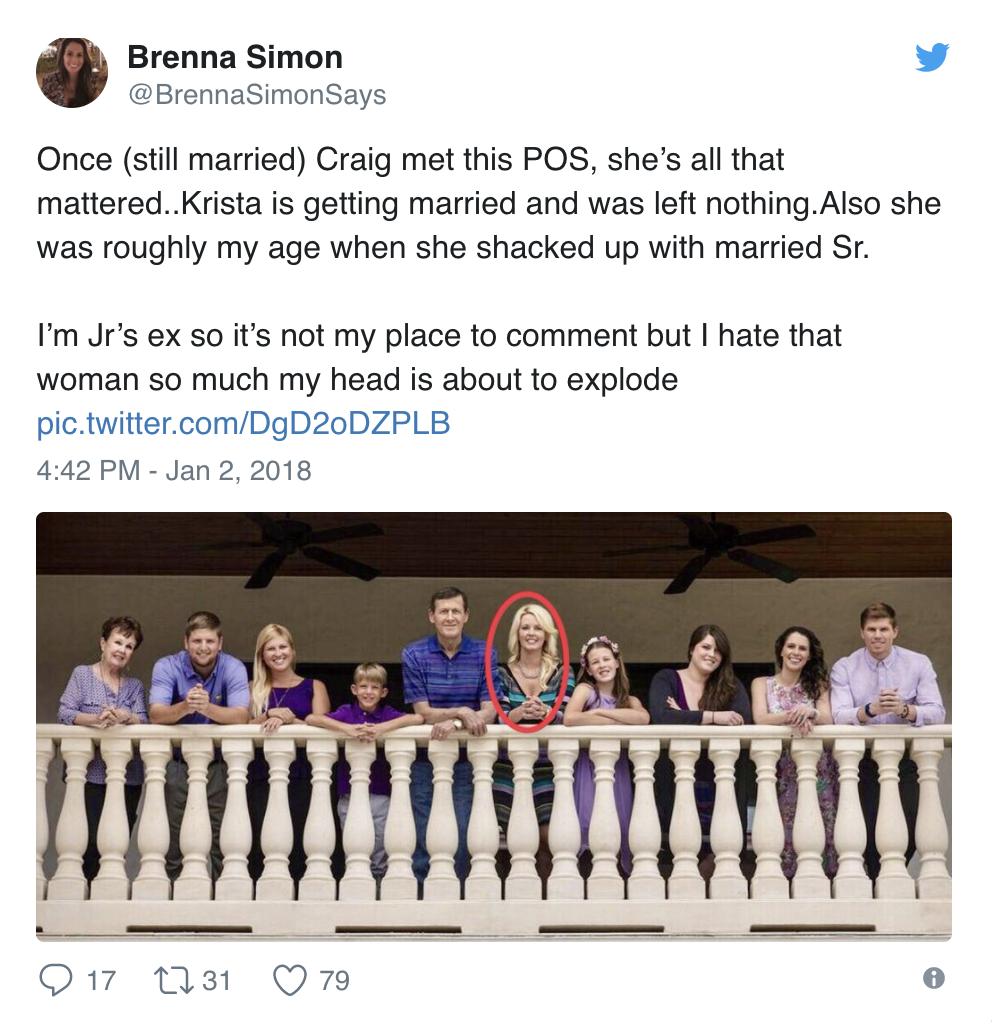