Despite all the efforts attempting to curb the number of offensive and racist costumes out there, such as retailers pulling costumes from shelves and various media outlets speaking out against this awful trend, we still came across one of the worst of the bunch from this Halloween weekend. A group of white teenage boys from Mill Creek High School actually thought it was a good idea to dress up as “black convicts,” as documented by a friend who shared a photo of their costumes to Instagram.

The boys’ friends openly and unapologetically defended their costume choice in the comments of the post when one user spoke up and said their outfits were offensive and racist. One of them even went so far as to suggest the costume was not only inoffensive, but also accurate, saying “Go in a jail and see what the majority of the population is.”

The account where the photo originated from is now private, but you can take a look at the screenshots of the comments below. 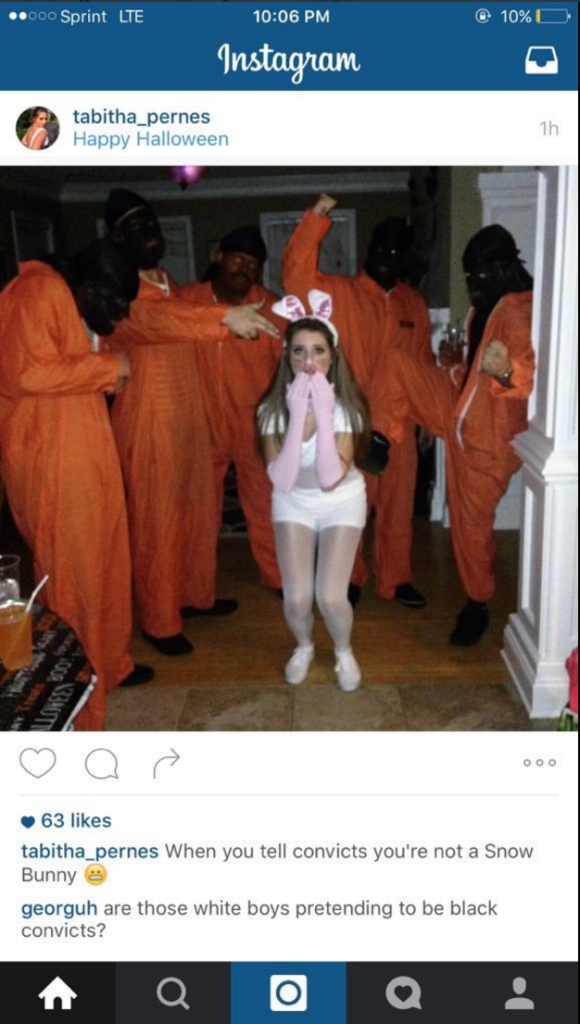 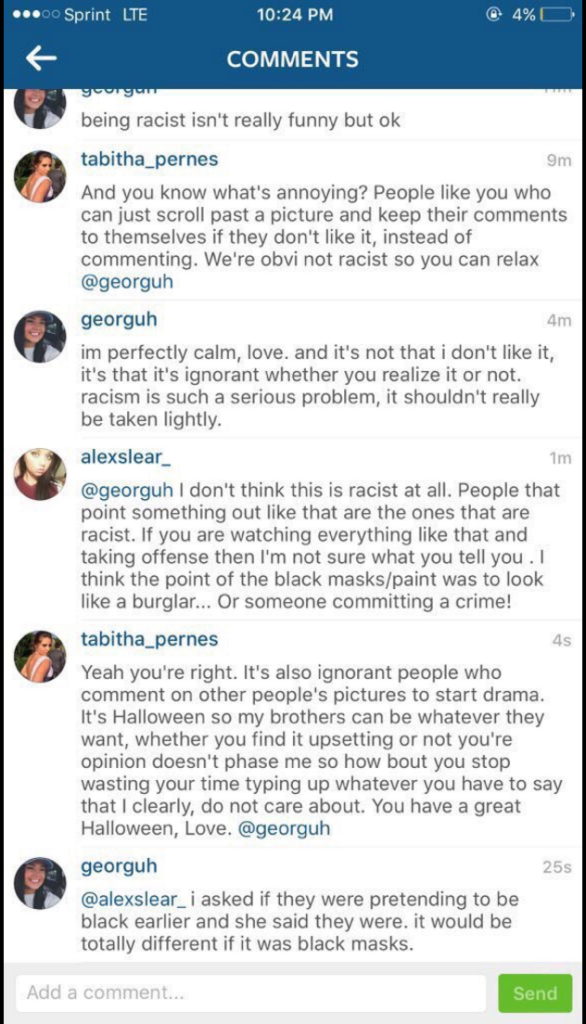 How 10 Atlanta Falcons Fans Feel About the Season So Far