Fifth Third Bank Broadway in Atlanta is proud to announce that THE BAND’S VISIT, one of the most Tony Award®-winning musicals in history, will be coming to Atlanta from January 21-26, 2020. The tour of the critically acclaimed and 10-time Tony Award-winning production launched at the Providence Performing Arts Center on June 25, 2019 and continued on to play Washington, DC starting July 9, 2019. THE BAND’S VISIT will play over 32 cities in its first season including Chicago, IL, Dallas, TX, Boston, MA and Los Angeles, CA.

The cast will also include Jennifer Apple as “Anna,” Mike Cefalo as “Telephone Guy,” Adam Gabay as “Papi,” Marc Ginsburg as “Sammy,” Kendal Hartse as “Iris,” Joe Joseph as “Haled,” Sara Kapner as “Julia,” Pomme Koch as “Itzik,” Ronnie Malley as “Camal,” James Rana as “Simon,” Or Schraiber as “Zelger,” and David Studwell as “Avrum,” along with Danny Burgos, Loren Lester, Nick Sacks, Hannah Shankman and Bligh Voth. Award-winning Israeli film actor Sasson Gabay will reprise the role of “Tewfiq,” the role he created in the 2007 film of The Band’s Visit and most recently played on Broadway. Joining him for the tour is critically acclaimed actress Janet Dacal in the role of “Dina.”

After a mix-up at the border, an Egyptian Police Band is sent to a remote village in the middle of the Israeli desert. With no bus until morning and no hotel in sight, these unlikely travelers are taken in by the locals. Under the spell of the desert sky, their lives become intertwined in the most unexpected ways. THE BAND’S VISIT celebrates the deeply human ways music, longing and laughter can connect us all.

THE BAND’S VISIT tells a delightfully offbeat story, set in a town that’s way off the beaten path, a band of musicians arrive lost, out of the blue. Under the spell of the desert sky, and with beautiful music perfuming the air, the band brings the town to life in unexpected and tantalizing ways. Even the briefest visit can stay with you forever.

With a Tony- and Grammy-winning score that seduces your soul and sweeps you off your feet, and featuring thrillingly talented onstage musicians, THE BAND’S VISIT rejoices in the way music makes us laugh, makes us cry, and ultimately, brings us together.

THE BAND’S VISIT world premiere opened to critical acclaim at the Atlantic Theater Company on December 8, 2016, where the sold-out, limited engagement extended twice, playing its final performance on Sunday, January 8, 2017. The show then opened at Broadway’s Ethel Barrymore Theatre (243 West 47th Street) on Thursday, November 9, 2017, and went on to play 589 regular performance and 36 previews before closing on April 7, 2019. THE BAND’S VISIT broke the all-time box office record at Broadway’s Barrymore Theatre twice.

THE BAND’S VISIT original Broadway cast album received the 2019 Grammy Award for Best Musical Theater Album. The musical is also the recipient of a 2019 Daytime Emmy Award for a performance of “Answer Me” on NBC’s “Today”. 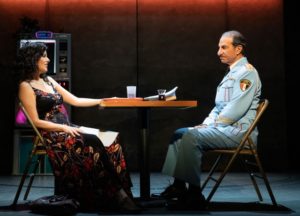 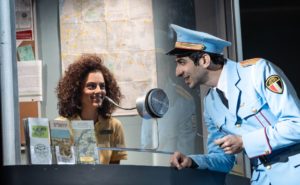 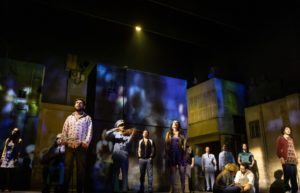 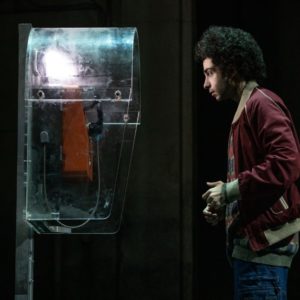