Atlanta Woman Forced to Jump Out of Lyft After Creepy Driver

A Lyft driver has been permanently banned from the ridesharing company after an Atlanta woman reported her scary ride to the company.

Instagram user @_kianiiiii said she used the app to book a ride around 2 a.m. Saturday, but immediately something felt off. In a post on the social media site, she described what she called several “red flags” throughout the ride – which she ultimately escaped by rolling out of the front seat of the moving car.


According to Kiani, the driver made her uncomfortable after repeatedly complimenting her looks and making insinuating comments. She also claimed that the driver ignored GPS directions and appeared to deliberately drive slowly to her destination, eventually driving her down an isolated street with no cars. But the final red flag, she described: 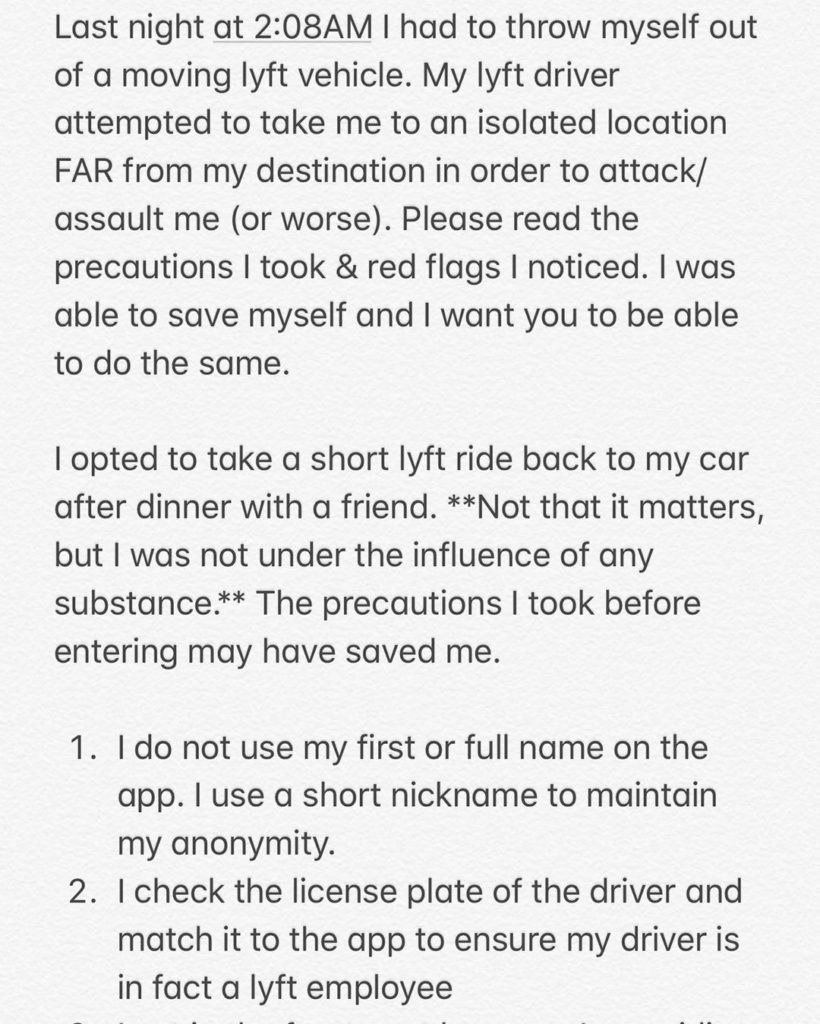 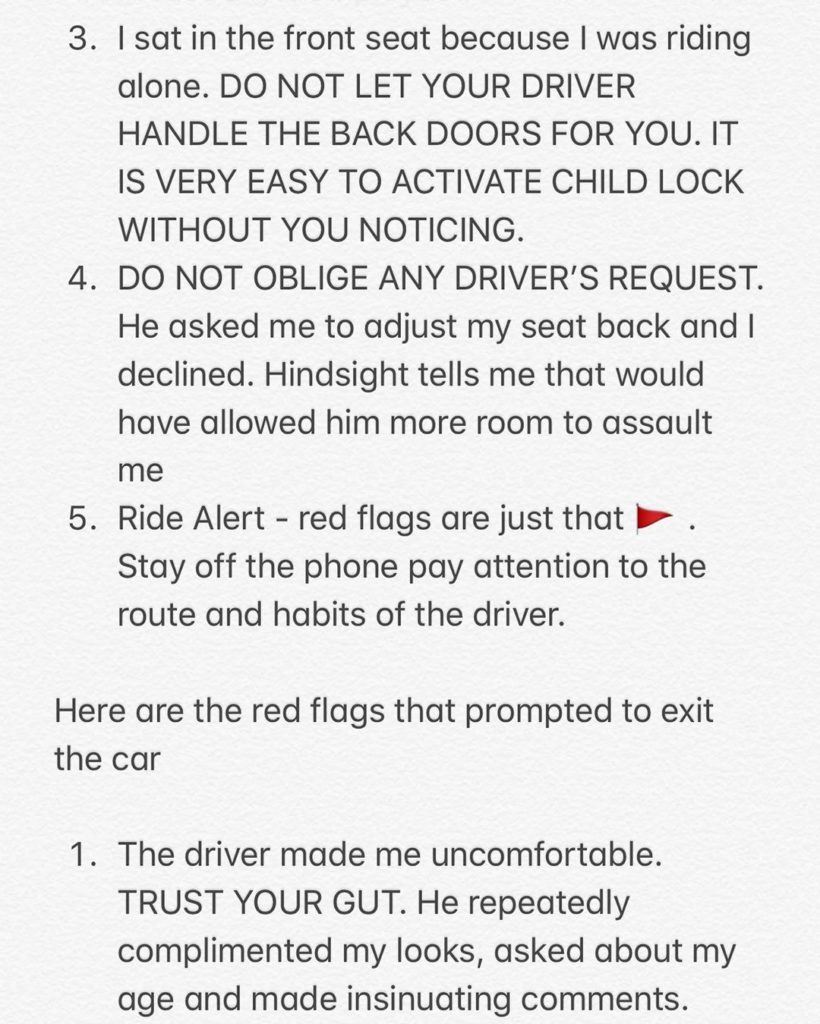 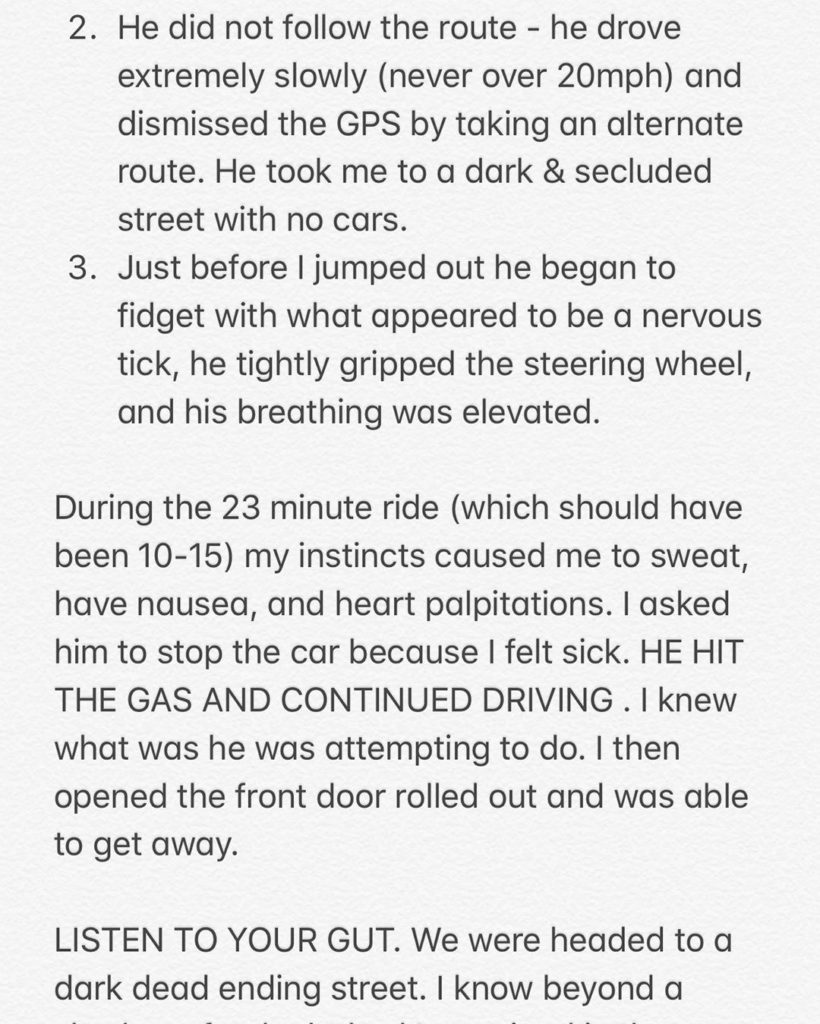 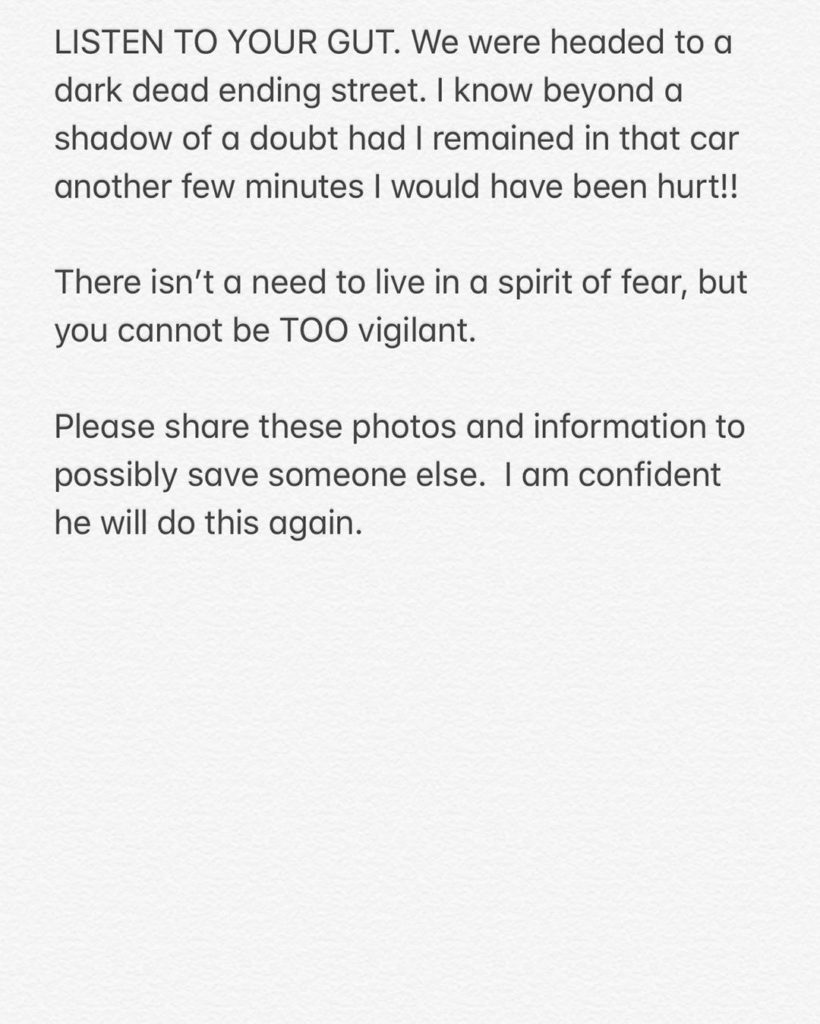 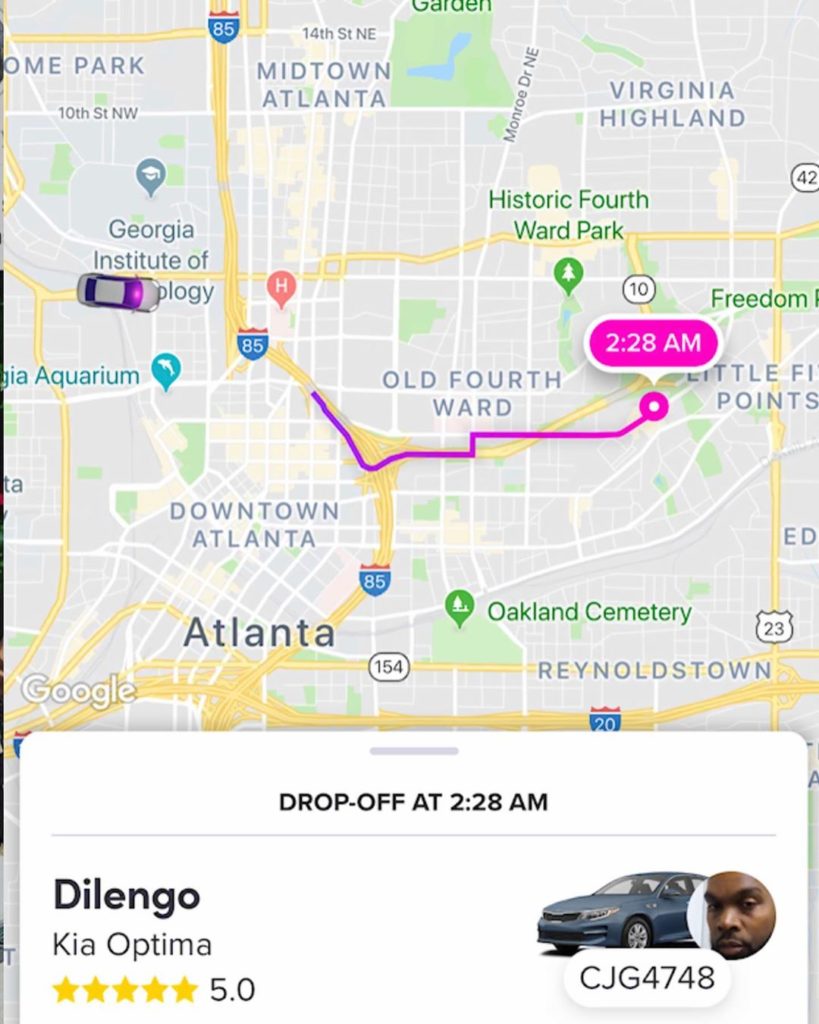 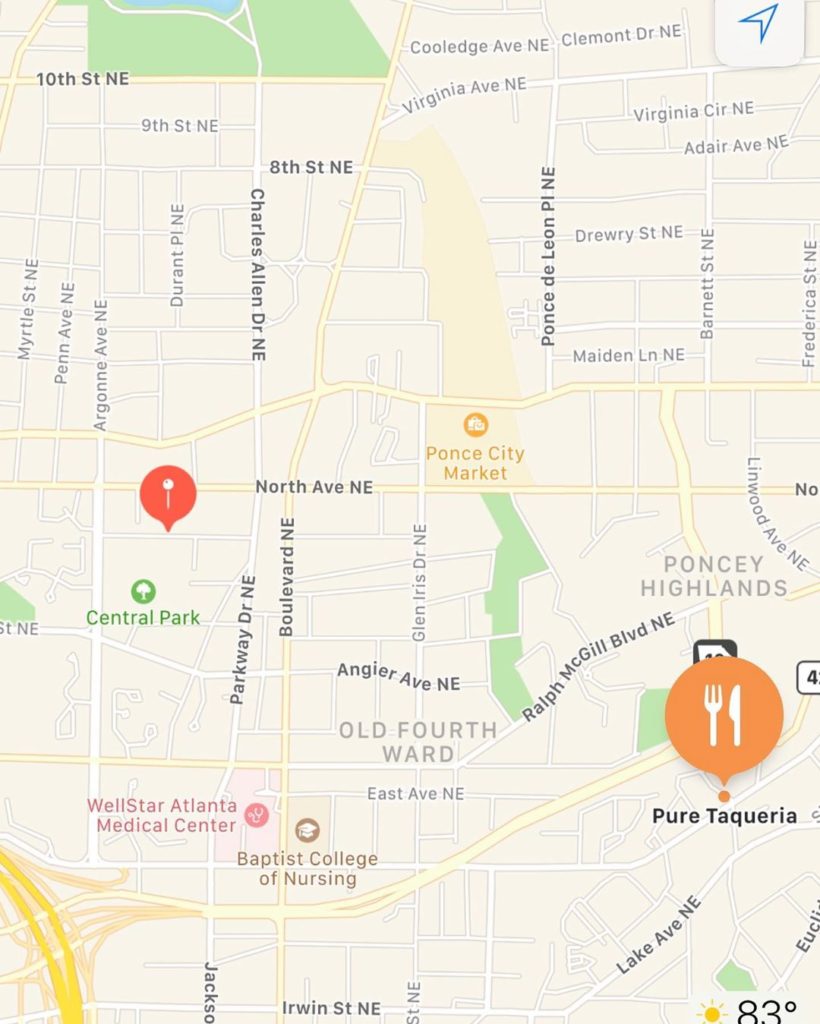 “I was able to save myself and I want you to be able to do the same,” she wrote.

She said whenever she rides, she uses a nickname to stay anonymous, cross-checks the license plate of her driver, sits in the front seat to make sure a driver can’t interfere with the child locks, and, most importantly, stays off her phone and pays attention.

“It’s so easy to think that it may not happen to you,” she wrote. “I am thankful I was able to get away.”

“There is no need to live in a spirit of fear, but you cannot be TOO vigilant,” she concluded.