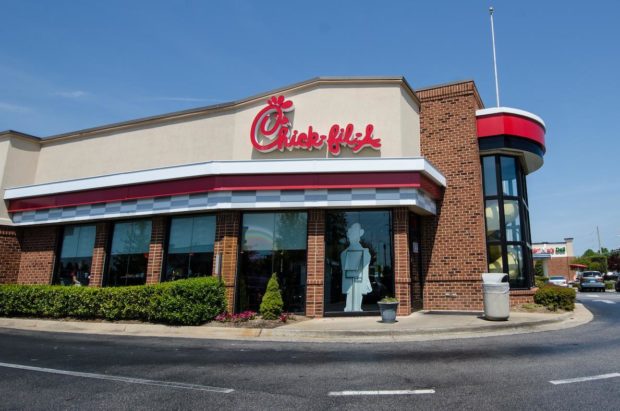 A Georgia woman was arrested last week for allegedly posing as an FBI agent in order to get a free meal from Chick-fil-A, a report said.

Kimberly Ragsdale, 47, was busted last Thursday trying to rip off the fast foot joint in the city of Rockmart, according to a police report obtained by The Smoking Gun.

Workers at the restaurant had called police to report that Ragsdale was identifying herself “as a federal agent to try and get free food.”

When cops showed up, Ragsdale stuck to her role. But when asked to show proof, the suspect said her credentials were “electronic” and she lacked any tangible identification.

Ragsdale reluctantly left the white minivan she was in after police threatened to deploy a Taser.

“Ms. Ragsdale then began to talk into her shirt like she was talking into a radio telling someone that we were arresting her and to send someone to Rockmart PD,” the police report said.

The woman was charged with impersonating a public official.