Dinner theater on the Marietta Square — who knew?

You’d be forgiven if you missed it. Between two brightly lit windows to Tiny Bubbles Tea Bar, a purple door announces The Vineyard Café. Go inside and take the slim staircase up one flight and you’re there. The cafe is a cozy spot overlooking the square, a combination of quaint and spooky decor for the season. 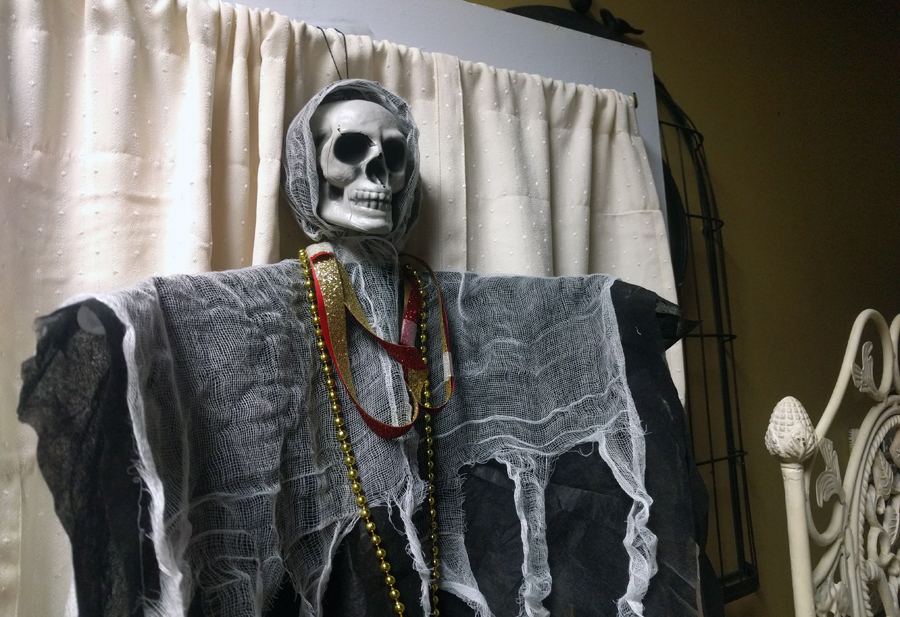 During the day, they specialize in salads and sandwiches made from scratch with a touch of gourmet: gorgonzola, ciabatta, quiche. They also offer dessert teas and boxed lunches for picnickers. Look out for their daily specials, like half price mimosas on the weekend.

But the most surprising thing of all about this relatively new cafe is their dinner theater. As the evening starts out, you’re seated at a table with candles and the menu. Drinks like peach iced tea and lemonade are included, but you can also order beer or wine. Tables are called by number to the buffet, a longer wait if you’re near the back, but worth it in the end when you get to the food. It’s presented without frills or fuss from generous chafing pans and served by friendly staff and even the owners.

I didn’t expect the food to taste so good, but it was. The menu varies with the show to match the theme. For the current production of The Phantom of the Opera, there’s a light French influence: croissants, salad with goat cheese, choice of beef burgundy or a mushroom risotto stuffed tomato (or both if there are leftovers). I’ve heard good things about The Vineyard Café’s desserts, and their crème brûlée cheesecake lived up to the hype. 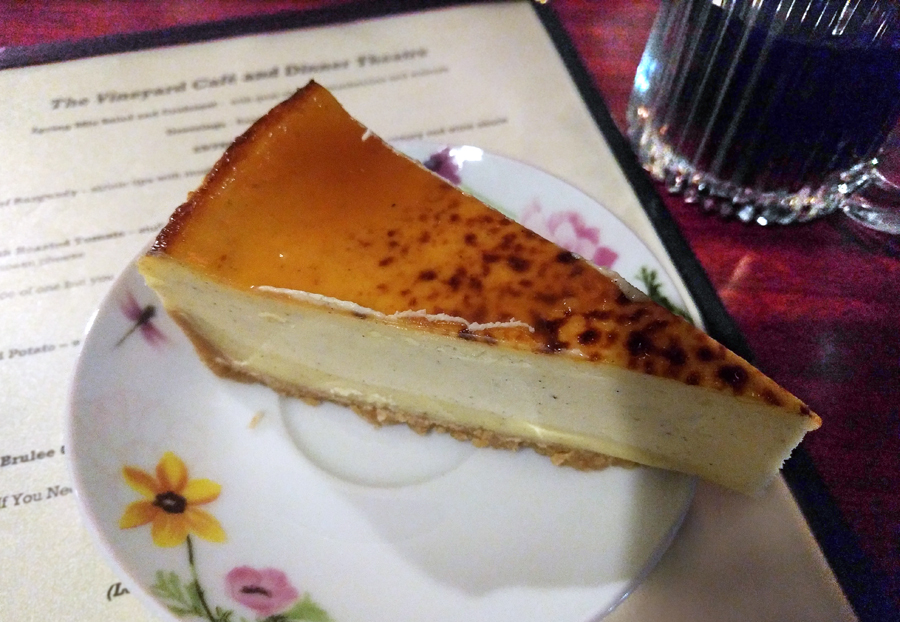 After dinner, patrons are called into the theater, an even cozier space, but with just two rows of chairs, you’ll have a fine view of the stage. The play typically lasts about an hour. Think of it as a theatrical digestif.

Phantom, which runs through Oct. 29, is — appropriately — their 13th show. It’s not the Andrew Lloyd Webber musical you’re thinking of but rather a one-act drama with a fairly happy ending. Also, it’s safe to sit under the chandelier. The costumes and set are impressive, and while it’s not a musical, the excerpts of song from the starring soprano, Kelsey South, are quite good. Phantom purists may be surprised at the plot, but it’s pleasant entertainment with an unexpected twist of dark humor. 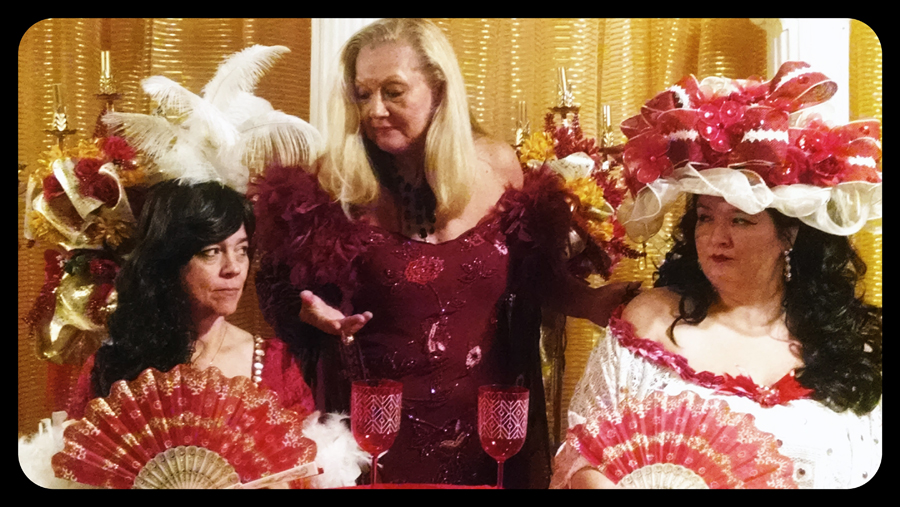 The Phantom himself, played by Tony Smithey, summed it up for the audience during curtain call.

“The play is heavy, but the food is light.”

Your ticket for all this is $42, a little pricey but the going rate for dinner and a show. The dinner theater events are popular, regularly performing to sold out audiences, so if you want to go, be sure to get your ticket well in advance. Next up, The Vineyard Café & Dinner Theatre will perform Beauty and the Beast followed by A Christmas Carol.