Marvel’s Black Panther just turned 50 years old. 2016 has been an eventful one for the King of Wakanda! T’Challa made his big screen debut in last summer’s Georgia-filmed Captain America:Civil War and he will begin filming his solo film debut in Atlanta very soon.

Black Panther officially begins filming in January 2017 with a February 16, 2018 release date. A new open casting call has been sent out for African men and women, ages 18 to 90. Tammy Smith Casting is looking for:

Check below for all info! 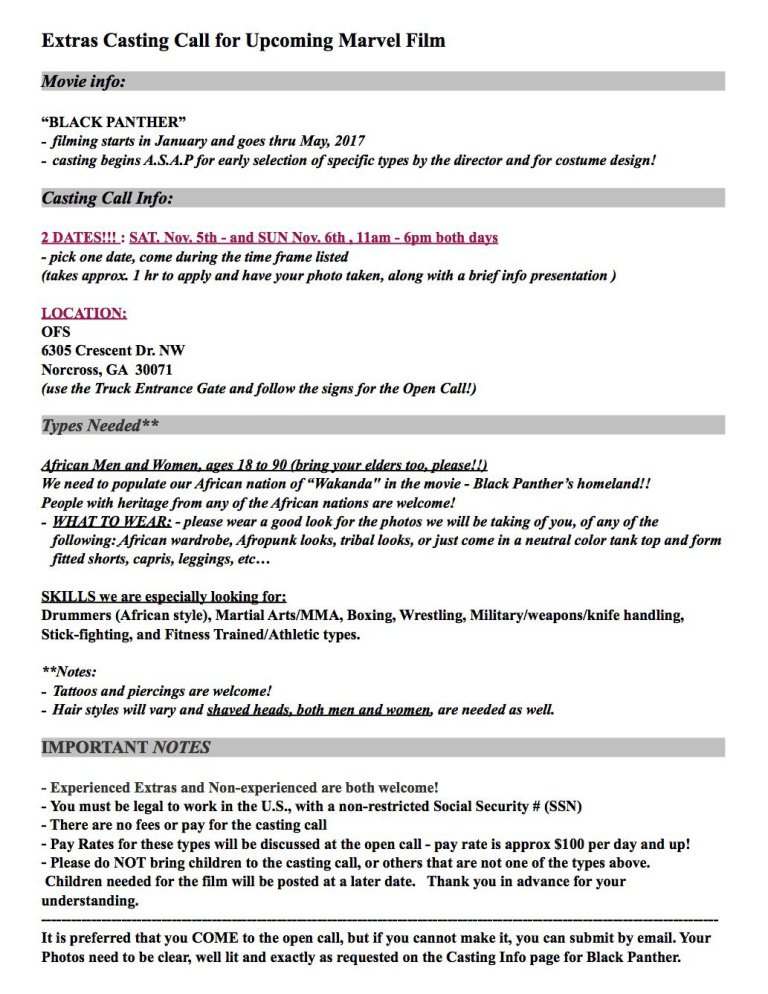