You see it on TV and part of the internet, but the Publishers Clearinghouse Prize Patrol really does surprise people with big checks.

That is what happened on Tuesday in Woodstock, Ga.

Lucky winner Bruce Immke’s dog was the only one home when the Prize Patrol knocked – but soon friendly neighbors came over to help.  Bruce was at work, but his next door neighbor asked him to come home, and he sure was happy he did! Bruce and his wife Joan both arrived and were totally overjoyed – thanking the crew over and over. They will use the money for renovations on their home which they have been to wanting to do for a long time. Bruce mentioned how he always liked hearing PCH winners testimonials and then gave his own! He said “Just keep entering. Keep on keeping on. Don’t give up whatever you do!” Bruce and Joan put the Prize Patrol Champagne in their fridge and will celebrate tonight!

4 Awesome Activities You Should Try When Visiting Georgia

How To Make Sure That You Won’t Forget Important Dates

5 Things To Do in Atlanta This Weekend

The Prize Patrol from Publishers Clearing House, renowned for awarding over half a billion dollars in prizes nationwide, is traveled to Woodstock on Tuesday, December 7th to award $10,000.00 to one lucky winner – who had absolutely no idea what was about to happen.

(We never notify the winner in advance that we are coming.) 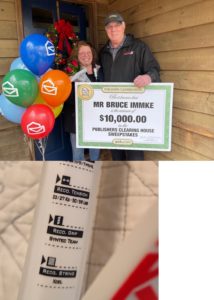 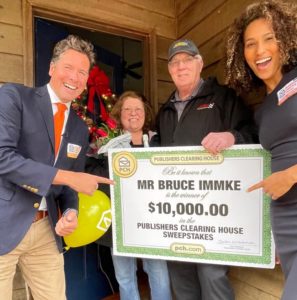 An Easy Guide To Understanding How Applied Behavior Analysis Works