‘Read to Final Four’ Tips Off in Atlanta

The Final Four will be more than just basketball as it comes to Atlanta this April. Over halfway through the college basketball regular season, the competition is heating up for the 68 metro-Atlanta schools selected to compete in the Read to the Final Four bracket. The 68 schools were revealed by the Atlanta Basketball Host Committee, the NCAA and two-time NCAA men’s basketball national champion and The Year of Basketball ambassador Grant Hill during the selection show on Jan. 27, based on each school’s student participation.

Through the Read to the Final Four program, students have access to a personalized literacy platform and more than 6,000 digital books with unlimited online and offline access. Since the program’s launch in November, more than 38,000 third grade students in the metro-Atlanta area have participated, marking the highest participation in the program’s five-year history.

“We are incredibly proud of our students for their participation in the Read to the Final Four program,” said Dr. Morcease J. Beasley, Clayton County Public Schools superintendent. “We’d like to thank the teachers and the parents of our students who have gotten involved and help encourage reading during basketball season and every day.”

While only the top 68 schools made it into the final bracket, more than 360 schools across the Atlanta area participated. Altogether, students participating in the program have read more than 6.5 million minutes. The 68 schools in the bracket had the greatest average number of hours read per students from Nov. 5 through Jan. 26.

“It was an honor to announce the 68 schools that made it to the Read to the Final Four bracket,” said Grant Hill, two-time NCAA Champion, and The Year of Basketball ambassador. “Literacy is a cause we can all get behind, and it is great to see how sports can impact and promote reading in our local community.”

The reading platform will stay open as the selected schools continue competing head-to-head as school-wide third-grade reading teams. Teams will advance based on the number of minutes read during each week. The winning school will be announced on Friday, April 3 at Buick Arena inside Final Four Fan Fest presented by Capital One.

“The Read to the Final Four program has positively impacted tens of thousands of students in the Atlanta area by encouraging literacy through friendly competition,” said Carl Adkins, executive director of the Atlanta Basketball Host Committee. “We look forward to watching the bracket play out and are thankful for our partnership with schools in the metro-Atlanta area and the NCAA as we prepare to host the Final Four this April.”

“As we enter the 5th year of Read to the Final Four, we are excited about the record-breaking participation we’ve seen from schools in our host city,” said JoAn Scott, managing director of the NCAA Division I men’s basketball championship. “We are proud of the impact the program has had on young readers in each host city and we look forward to crowning a winner in April at Final Four Fan Fast presented by Capital One as the semi-final games of our championship prepare to tip off.”

Since April 2019, the Atlanta Basketball Host Committee has challenged its partners in the hospitality community to a book drive competition. In total, more than 3,000 books have been donated to youth participating in the Host Committee’s Fan Jam activities around metro Atlanta.

To see the 68 schools in the Read to the Final Four bracket and learn more about the program, please visit www.NCAA.com/FinalFour. 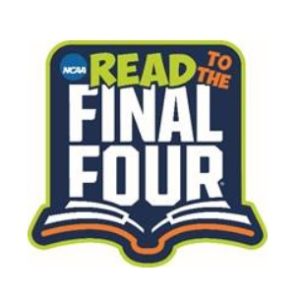