The Flying Frenchies are BASE jumpers, clowns, climbers, acrobats, musicians and speed riders.

It makes for a heady mix and the thrill-seeking group’s latest adventure is beyond most people’s comprehension: slicing along a zip line on a surfboard at 75 kph before dismounting to BASE jump into the ravine 600 metres below.

The level-headed among you might ask why but for Anicet Leone, who came up with the concept two years ago in conversation with the French tightrope walker Tancrède Melet, a member of the group who died in January 2016 after a hot-air balloon stunt went wrong, it was a nod to his former friend. 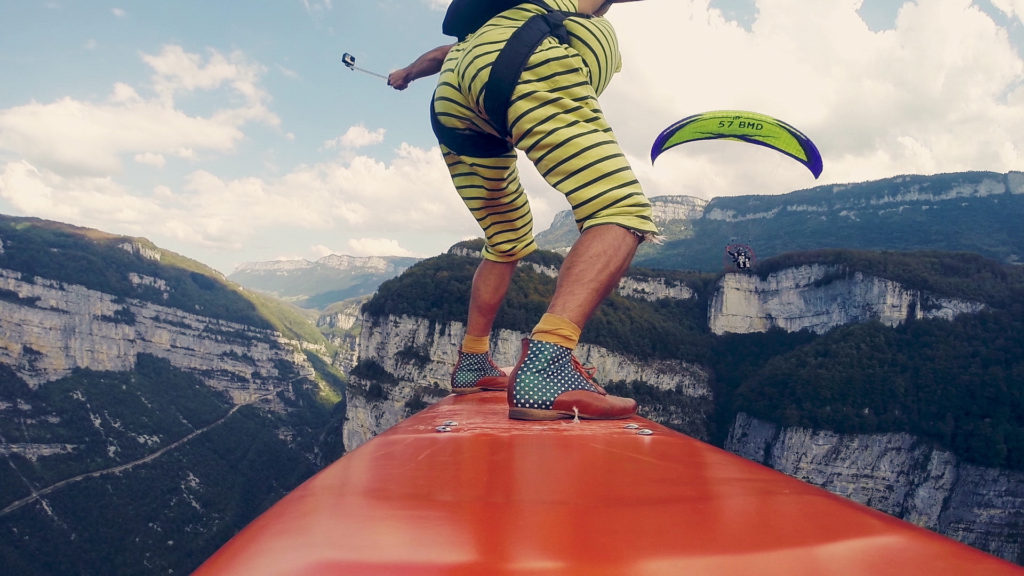 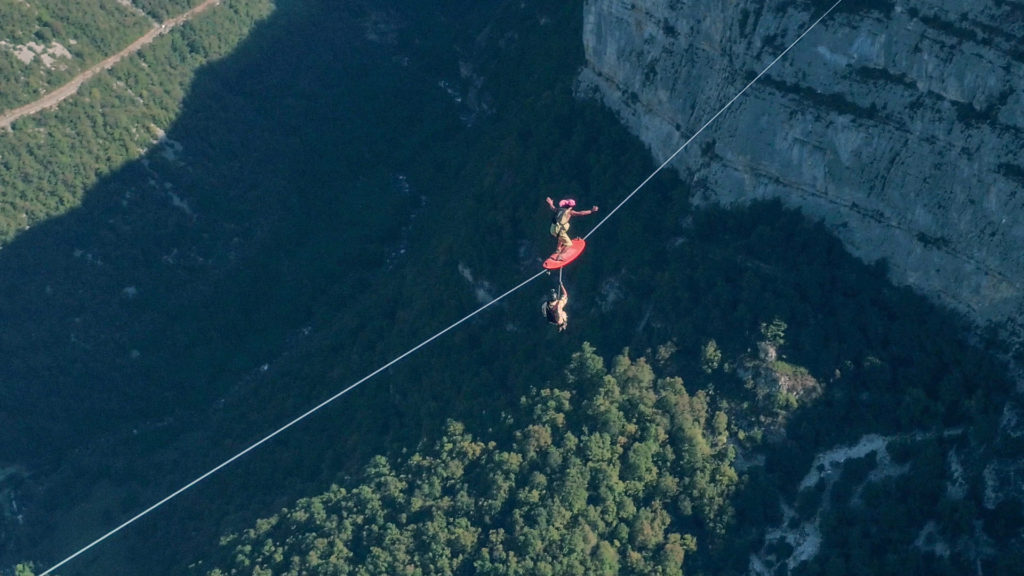 Leone explained the group had to continue in his honour: “He was a very determined person, very efficient and an important driving force. It’s something that gave me a lot of strength throughout the project. I felt it inside of me.”

For the Flying Frenchies, play is central to everything they do and the surfers took off from one side of the ravine in the Vercors mountain range to the other with another on the zip wire below.

At times, two would surf on the board, another tackled the high wire dressed as a duck while another yet performed a headstand on the board despite the high speed. And to cap things off, three of them even performed as a band from the zip wires, including a full drum kit capped with wide smiles at the bottom.

For Leone, for whom the “zero-accident goal” was central, said afterwards: “It was so crazy to surf like that, after two years of dreaming about it. It was insane to be on a board at that speed, at a height of 600 metres.”

As for the group’s wider aims, he added: “We want to be open to the unknown and to the wish to discover the world, as much outside than inside of us. We are clowns, gentle fools and we throw ourselves in the empty spaces, surfing the air to provoke and to be seen, representing the atypical dreamers’ minority.

A longer documentary to Surfing the Line, the project in question, will be aired near Christmas time.

I Believe I can Fly ( flight of the frenchies ). Free segment from sebastien montaz-rosset on Vimeo.

"That's So Raven" Spinoff Will Be About Raven's Divorced Kids