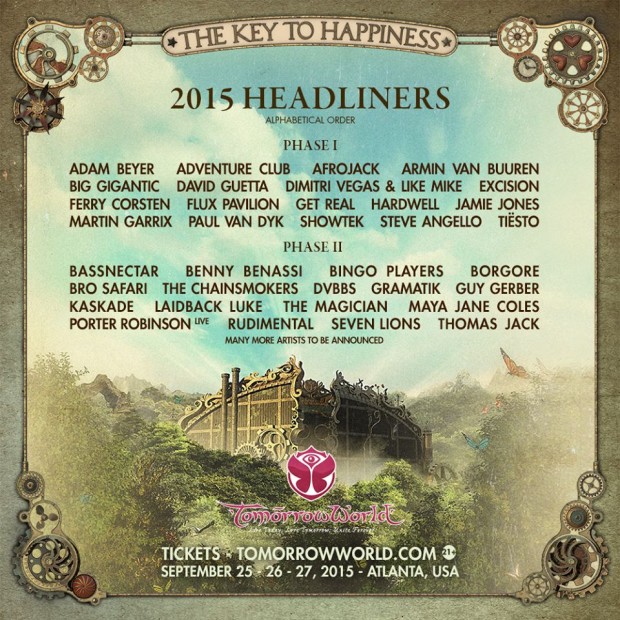 The phase 2 roster includes bass guru Bassnectar, trap god Borgore, The Chainsmokers, and young prodigy Porter Robinson (a live set from him, no less). This full lineup is already low key ridiculous, so the rest of the lineup is going to bring strong up and coming artists from all around the world.

For tickets, you can visit www.tomorrowworld.com, they are selling out fast!