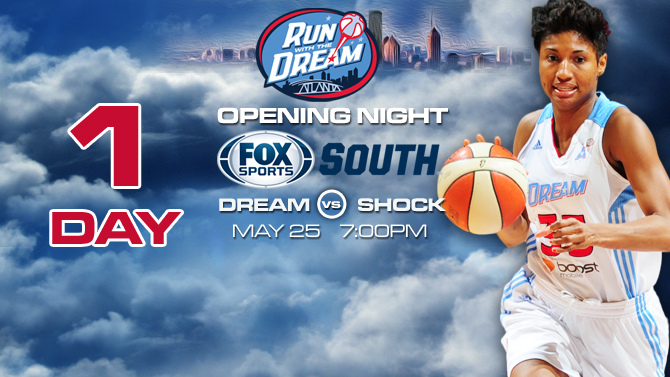 The Angel McCoughtry and the Atlanta Dream open their season tomorrow night at Philips Arena against, rookie, Skylar Diggins and the Tulsa Shock at 7 p.m. The Dream return four starters from last year’s team that finished 19-15 and reached the WNBA playoffs for a fourth consecutive season. Tulsa finished 9-25 a year ago, but has optimism for the upcoming season with a revamped roster.

Atlanta’s returning starters are led by Angel McCoughtry, who won her first league scoring title last season averaging 21.4 points per game. For the fifth year in a row, the Dream frontcourt will include former All-Stars Sancho Lyttle and Erika de Souza, and Armintie Herrington returns on the wing for the Dream. Second-year standouts Tiffany Hayes and Aneika Henry return as well. SportSouth will be carrying the game if you can’t make it in person. GO DREAM!

Mommy Gets Jail Time For Stealing $80K from PTA