via MediaTakeOut – “Bow Wow has TONS of money woes, he owes the IRS about 500 RACKS, and he currently has a WARRANT FOR HIS ARREST, because he hasn’t paid money owed to promoters.

Well we’re told that Bow Wow has an INNOVATIVE way to get out of his FINANCIAL MESS . . . by MARRYING MONEY.

According to a CELEBRITY who you all know, Bow Wow has asked his on-again-off-again GF Angela to marry him. The celeb told MediaTakeOut.com EXCLUSIVELY that Angela already said YES . . . but they want to stage the proposal PROPERLY, so that cameras can CATCH everything, you know in true KARDASHIAN style.

And it looks like Angela is playing coy with photogs. She was photo’d out in Los Angeles yesterday, smiling ear to ear!!!” 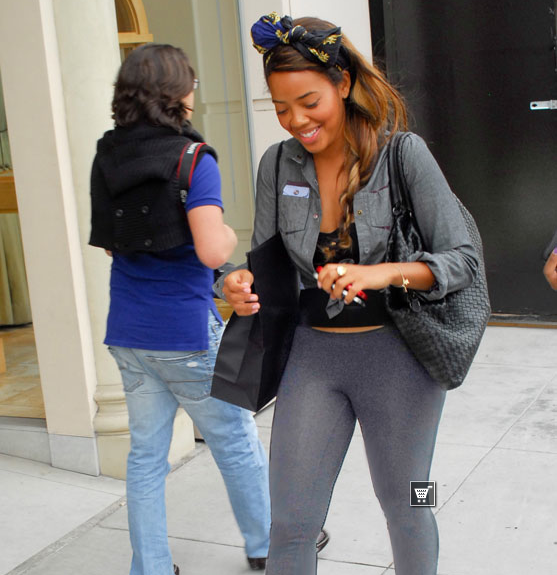 Surveillance Video From Beating of Gay Man In Atlanta