Boxer from Atlanta Detained by ICE While Visiting Florida

A boxer from Atlanta was detained by immigration officials after being pulled over during a traffic stop in the Florida Keys.

Abel Aparicio was born in Mexico and came to the U.S. when he was 13 years old. He overstayed his visa. Since then, he’s built a career as a professional boxer and also married an American woman. They had three children together.

But in the weeks after President Donald Trump vowed immigration raids in major cities across the country, Aparicio was taken into custody on July 16 in Marathon.

He was on vacation with his friends, riding in the backseat of the vehicle when they got pulled over. The Monroe County Sheriff’s Officer said it was because the car’s tag light was out. 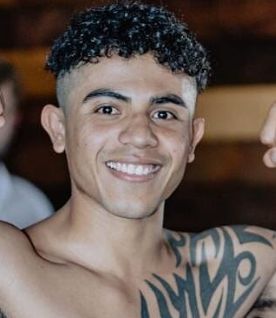 “I honestly think it was racial profiling,” said Aparicio’s wife, Shelby Carter. “I think they saw a lot of brown guys driving down the street, listening to music, having fun, and I think they saw that and that’s why they pulled them over.”

The sheriff called for border patrol 18 minutes into the stop after asking Aparicio for his ID and seeing it was from Mexico.

“When she asked for my ID … I immediately knew I was going to immigration,” Aparicio recalled.

“Because the deputies that were on the scene wanted to know if he was legal or not,” Carter said.

Aparicio was sent to the Krome Detention Center in southwest Miami-Dade County.

“I didn’t do anything. I’m a good person,” Aparicio said. “I don’t see why I was in that situation.”

He was released Friday, after his lawyer successfully argued that he was not a threat to flee and, with no qualifying criminal convictions, is not a threat to the community. A judge granted him a $5,000 bond.

“It really makes you think … all this stuff you’ve been working on is for no reason,” he said.

Aparicio is grateful to be coming home to Atlanta, but the issue is now far from over.

“Once everything is resolved and we get him legal, then he’ll be living the life he’s always dreamed of living,” Carter said.

GAFollowers contacted the Monroe County Sheriff to clarify how the July 16 traffic stop led to a passenger being detained but has not heard back.