“The Great Southern Craft Beer Competition” returns to Atlanta, GA Sunday, January 15th celebrating craft brewing and home brewers. Now in its third year, “The Great Southern Craft Beer Competition” is a well-recognized platform for home brewers to showcase their originally made beer. This year’s event will take place at Orpheus Brewing and honor the winner of the competition.

The idea behind “The Great Southern Craft Beer Competition” originated with the owners of Publik Draft House (PDH), the official restaurant partner of the event and popular gastropub for its prime-time location beside the Fox Theater.

Eddie Johnson opened Publik Draft House in 2009. Growing up, Johnson was a military brat that lived many places across the country and ended up attending high school in Newnan, Georgia. Johnson later attended the University of Georgia where he became a fan of home brewing. Johnson worked in the service industry since the age of sixteen and has opened several bars and restaurants here in Georgia. We had the opportunity to speak with Johnson and discuss what is surely becoming another iconic event helping change, and shape Atlanta.

GAF: What made you get into the service industry?

Johnson: “I like taking care of people. I like it when they have a good meal and good time. When I was in college being a server was a good way to supplement my college requirements and it kind of stuck with me. Even when I worked my professional job, I still worked somewhere part-time at a restaurant and always gravitated towards that. I really like the camaraderie and team work at restaurants and bars and the care for people.”

GAF: When did you develop the interest for craft beer?

Johnson: “When I was in college, back in the 80’s, there was no such thing as craft beer but everyone had bought their brew kit. They would go home and brew their batch of beer, their six pack or twelve pack and they hold onto it for three-to-six months. And everyone is like ‘hey, try my beer!’

I guess the microbrew thing got kind of big around the 90’s and 2000’s. And when it came to mass marketing and the laws loosening up a little bit, that’s when it really caught my interest. I could taste different types of beers (and) I was never a beer person until this happened. I was like ‘wow, all these different types and flavors of beer.’ Because back then, back in the 80’s, you only had a couple beers. You had Stout, Bud Light and now there’s all sorts of taste profiles. That’s kind of exciting.” 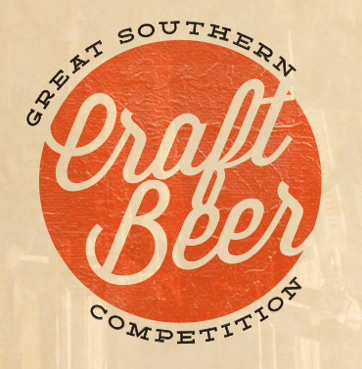 Johnson: “The different flavors, per say. You have some beers that have a citrus taste. Some that have a hoppy taste.”

GAF: What are some of your favorite Atlanta Craft breweries?

Johnson: “I like the Orpheus’ ‘Atalanta.’ It’s a tart plum saisaon. Sweet Water has consistent beers. Jail House brewery, they tend to have good, savory deep flavored beers I tend to go for. And a brewery just opened called Torch Hop right down the street. They’re coming up with beers, doing some tastings and I had a good ale there the other day. There’s a lot of things coming in the future and a lot of things going on now. It depends on what flavors you like. They’re making every kind of beer in Georgia now so that’s amazing.”

GAF: Is this your first event outside of Publik Draft House?

Johnson: “We do a lot of caterings outside of the location. We’ve done Decatur Arts Festival. We did Inman Park Festival a couple years ago, Piedmont Park Festival, Taste Atlanta and different events around town. We sell more of our food and burgers. I’m not sure if that’s the same thing but when it comes to events, this is kind of our thing.

This is the 3rd time we’ve done this one (The Great Southern Craft Beer Competition). We realized people were doing these and thought, let’s do our own event. That’s when we coupled with Trevelino/Keller. Let’s come up with something that’s us and oriented towards people that actually like brewing beers. Like the home brewer.”

GAF: Where did the idea come up?

Johnson: “Well, in honesty, Publik is about, public. A lot of people come to our restaurant and they kind of understand or they want to learn about home brewing. Publik gives them a chance to actually do this and be involved.

Trevelino/Keller actually formulated the idea, for the competition and after collaboration, “The Great Southern Beer Competition” was born. It showcases some of our food and features those home brewers that want to have a little more spotlight.’

GAF: Tell us more about what “The Great Southern Beer Competition” is and what it’s about?

Johnson: “It showcases our home brewer. That’s really the idea behind it and it gives them a platform to do some nice things. First, make their beer and bring it out to the public. Say ‘hey, what kind of beer do I make? Is it a good one, is it not? Is it competition worthy?’ And at the same time, it says ‘hey, there’s people at home that may not have a brewery but they’re making some neat beers.’ It opens people’s eyes to say ‘look, I can do this at home but at the same time, it helps grow the craft beer movement.”

GAF: Are people recreating their beer at the event?

Johnson: “Because of the brewing laws, we are not able to recreate or sample the brews at the event. With that said, we will be able to celebrate the winner and sample all of Orphenus’ amazing brews. The laws around this make this tough”

GAF: Are competitors reaching to make their brew a bottled beverage or are people doing it for the fun of it?

Johnson: “They’re doing it for the fun of it because the legal aspects are kind of extensive. So, we haven’t had a brewery that wanted to take one on and say, ‘look, let’s brew a beer and sell it.” But, that’s the ultimate goal. We have yet to get to that point and I would love to have a brewery brew a beer for us so we can sell it on the market but it’s just legal aspects behind it and a lot of laws we have to adhere to.

The winners do actually get to go to the brewery and learn a bit more about how to do it on a bigger level.”

GAF: What’s the main goal you want to accomplish with The Great Southern Craft Beer Competition?

Johnson: “Raise awareness for those home brewers and let them know ‘hey, we support you and we’re here for you.” Because, where else can home brewers show their wares? It’s kind of an appreciation for home brewers because without them, we wouldn’t have anything. Its education too. I would say a lot of the beer enthusiast have played around with it one time or want to know more about it.”

You can get more information about “The Great Southern Craft Beer Competition” by clicking here. To purchase tickets, click here.