Expectations for the 2017 Atlanta Falcons

It’s not hard to imagine what would have happened if the Super Bowl had ended fifteen minutes earlier. The Atlanta Falcons were on the verge of blowing out the great Tom Brady in the most significant game of the season.

Ineffective and inefficient for upwards of three quarters, the New England Patriots fell behind 28-3.

It seems like running the ball in the Super Bowl is any teams best weapon against the New England Patriots. Yet, Falcons offensive coordinator Kyle Shanahan consistently chose to pass the ball in the fourth quarter, leading to several offensive miscues that allowed the Patriots back into the game.

The good news for the Falcons? They are stacked in 2017. Nearly the entire starting roster is back and they have added a ton of depth to their defense. 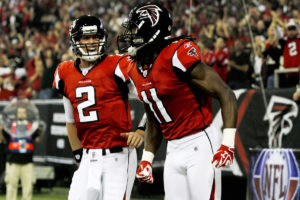 Reigning NFL MVP Matt Ryan and Julio Jones, perhaps the best receiver in football, are back with fresh motivation. The team also acquired defensive tackle Dontari Poe in free agency and selected UCLA defensive end Takkarist McKinley in the first round of the NFL draft.

What else? They have since replaced Kyle Shanahan who signed on as head coach of the San Francisco 49ers.

There have been few big changes over the last seven months, but the Atlanta Falcons should pick up right where they left off. Falcons new offensive coordinator Steve Sarkisian has known head coach Dan Quinn for years and things should largely remain the same with play calling. 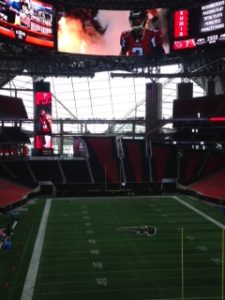 The Falcons home opener at Mercedes-Benz Stadium will be Sunday, September 17 against the Green Bay Packers. Only the Dallas Cowboys, 1971, and Tennessee Titans, 1999, have made the Super Bowl in their first season at a new stadium. The Cowboys (Texas Stadium) won, the Titans (LP Field) lost.

Since 1966 only 12 of 51 teams have made the playoffs in their first season at a new stadium.

Despite the odds, Falcons fans should have high expectations this season as their comeback tour starts today against the Chicago Bears.

Their toughest games for the Falcons will be hosting the Green Bay Packers in week 2, at the New England Patriots week 6, hosting the Dallas Cowboys week 9 and then hosting the Minnesota Vikings week 12. Also, the Falcons have historically struggled against the rest of the stacked NFC South division. It seems likely that the Falcons split their series with two of the three other teams in the NFC South (Tampa Bay Buccaneers, Carolina Panthers, New Orleans Saints). 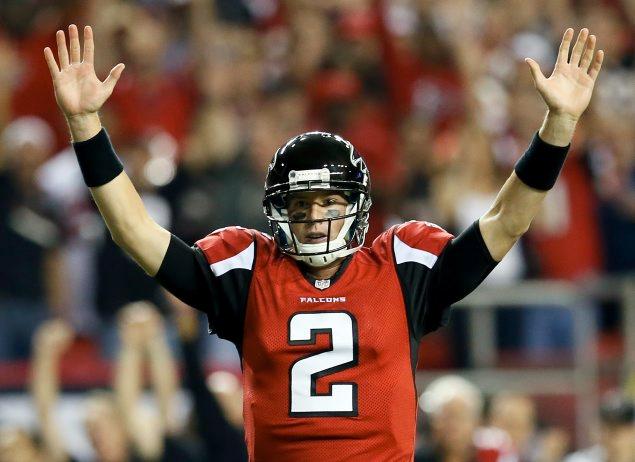 Early prediction for the Falcons is a 12-4 season that yields a #2 seed in the playoffs behind Green Bay. Dallas will claim the #3 seed while the Seattle Seahawks earn the #4 seed. Minnesota should challenge for the #5 seed behind a top defense and improved play by quarterback Sam Bradford. The #6 seed for the NFC could be any of the NFC South teams.

With as much talent and depth on the Atlanta Falcons roster, fueled by one of the greatest collapses in football history, the Falcons will return to the Super Bowl in their first season at the Mercedes-Benz Stadium.

Though, as we have learned, anything can happen in the Super Bowl.

Tennis' Footprint in Georgia Expands Thanks to TGA Tennis