A few years back, Freddie Gibbs was one of the biggest new names buzzing in music. He landed a coveted spot on the XXL Freshmen cover back in 2010, and in 2011, Young Jeezy scooped him up as the flagship artist on his CTE imprint. 2 years later, though, not much had come of it and the guys parted ways. Jeezy actually cleared the whole label out, so as to make for a fresh start. Apparently, it wasn’t the best of ways to part and today via a couple tweets and a radio interview, Gibbs revealed the two didn’t end on the best terms. Listen to what he had to say below and check his tweets in the gallery! 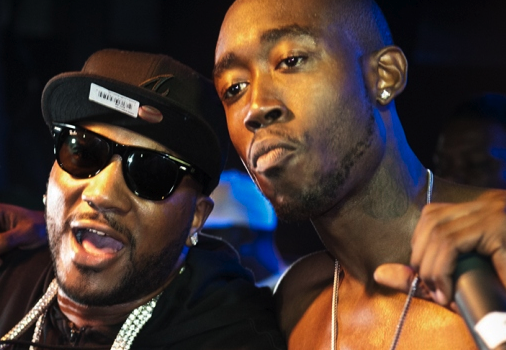 Wiz Khalifa Says He Can Do Impressions of Young Jeezy