How 10 Atlanta Falcons Fans Feel About the Season So Far

110115 ATLANTA: -- Falcons running back Devonta Freeman picks up yardage against the Buccaneers during the second half in a football game on Sunday, Nov. 1, 2015, in Atlanta. Curtis Compton / ccompton@ajc.com

“Though saddened by yesterday’s loss and the previous loss on the season, I cannot praise this season, so far, enough. The coaches came in and have done a great job turning Atlanta back around. #Quinning” – Braden, 16

“I’m praying on a 14-2 season and a Super Bowl parade in Atlanta would be wonderful I hope Gucci Mane will be out to celebrate with us.” – Bryce, 19

“Falcons are fortunate to have played a soft schedule to this point. Would not surprise me if in 2nd half they go 2-6.” – James, 49

“There are so many things about the 2015 team that feels like Smitty’s Falcons – clock management, 3rd down defense, uninspired play calling. On the other hand, 5-3 rest of the way gets a playoff spot or even a division title. But if they can’t clean up the mental errors, Falcons aren’t beating Seahawks, Packers, or Panthers.” – Jess, 46 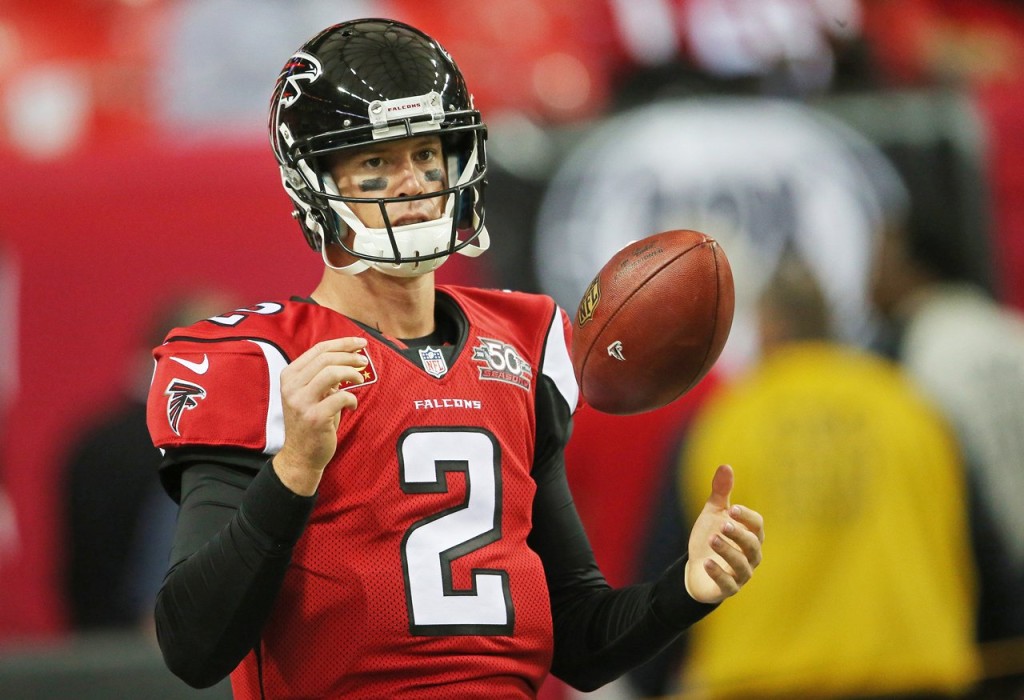 “The Falcons need to be more fundamentally sounded on defense and need to take away turnovers instead of giving them. Go back to what made them successful in the first 5 games!” – Alie, 21

“Overall, not great. While the team has improved significantly on defense, now the inconsistency has moved to the offense, especially since the win over Houston. At this rate they will be lucky to get into the playoffs as a wild card, because there is no way they can keep up with Carolina if they continue to play like they have the past 3 weeks.” – Brian, 18

“When the season first started, I felt good about how the way the Falcons handled their rhythm both at home and on the road. Since then offensively, they have been sloppy with taking care of the ball. Along with that, the defense has had a poor time tackling. However I do believe they will correct all of these issues so they can make the postseason.” – Barry, 24

“Would’ve taken 6-2 in a heartbeat at the beginning of the season, but it kills me that we could be 8-0 without self inflicted mistakes.” – Bradley, 17

“Definitely haven’t played our best football but 6-2 isn’t bad at all. Sucks that the two losses are in the division. But we still have 4 more remaining.” – Xavi, 20

“Improved but still a long ways from a championship caliber team. Have to eliminate the mistakes. ” – Brad, 46

Patagonia - Your Answer to a Winter in Georgia