The Plaza in Atlanta Will Show Seth Rogen’s “The Interview”

Earlier this morning “The Plaza Theatre” (off of Ponce) announced that they will be one of the few theaters in the country that will show the highly infamous movie “The Interview” featuring Seth Rogen & James Franco.

The Plaza’s official Twitter announced that they received permission from Sony to feature the film on Christmas Day. 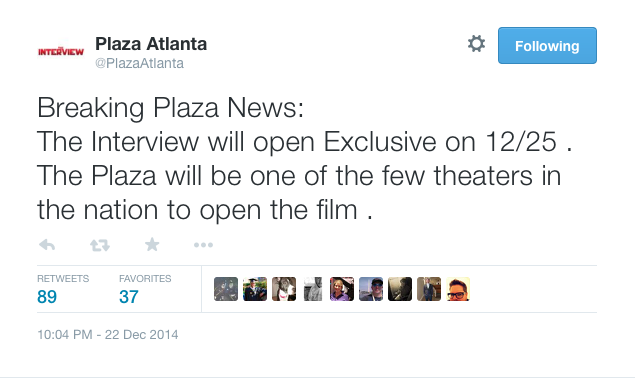