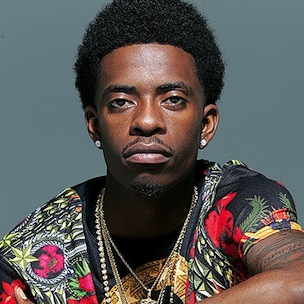 It appears Rich Homie Quan is tired of being compared to Future. Well, there could be drama brewing based on his new track “A N*gga,” a new cut off DJ Plugg’s The Plug’s Plug 4 mixtape. Things appeared to be cool with their recent performance at BET Hip-Hop Awards  but who really knows.

On his new track Rich Homie Quan raps “I’m back like the future, nigga,” Quan rhymes on the song. “Quan, you the future. Ooh. Who? / Tell ’em, don’t confuse me with Future, nigga / Pockets fat, retribution, nigga.”

In an interview back in August, Future made the statement below when asked about Rich Homie Quan:

“He don’t sound like me,” Future added. “I haven’t really heard nothin’ but the song on the radio. I really don’t get into other artists like that. But he doin’ good. I wish him well.”

Do you think it’s a jab or water under the bridge? Listen to the track below

Why Big Freedia Should Be Your Guiding Star (5 Reasons, to be exact)