Rockdale County Government in Conyers, Ga., has selected Comcast Business for a fiber-based, private high speed network to its 28 sites. County employees will soon have access to 1-gigabit Internet speeds and advanced voice services. As a result of the network buildout, residents and businesses located in Comcast’s Rockdale County footprint will also have access to these services.

With nearly 100,000 residents and in close proximity to Atlanta, Rockdale County is one of the fastest growing counties in Georgia. It has aggressively built a strong workforce thanks to its success in attracting companies in the movie and film, health services and manufacturing industries.

“Thanks to Comcast Business, we now have a private, dedicated network that can support multiple sites across a large geographic area,” said Rockdale County Chairman Oz Nesbitt. “This agreement not only benefits Rockdale County, but it will also greatly support our local residents and businesses as well.”

There is more to come as Comcast Business also plans to provide service to several additional new locations that the county intends to develop over the next year.

Comcast recently announced that it is the nation’s largest provider of gigabit broadband, with the ultra-fast Xfinity Gigabit Internet and Comcast Business Gigabit services now available to nearly all of the company’s 58 million homes and businesses passed in 39 states and the District of Columbia.

In Georgia, Comcast invested more than $2.1 billion in its infrastructure between 2011 and 2017. In Atlanta specifically, Comcast’s first residential gigabit market, the company operates a 40,000 mile network, making it the area’s largest provider of gigabit-speed Internet service in the region. These investments have enabled Comcast to deploy gigabit Internet to nearly all Internet-serviceable households in its footprint, increase speeds 17 times in 17 years, and double the capacity of its broadband network every 18-24 months. 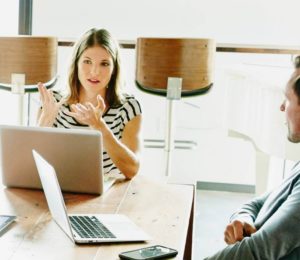