Former Falcons Receiver Roddy White: “I Was Threatened For My Life”

Roddy White played 11 seasons in the NFL, all with the Atlanta Falcons. He earned four trips to the Pro Bowl and was seen as a tremendous influence in the local community.

Never in trouble with the law during his playing days, White’s recent Tweet storm suggests that he was a victim of racial profiling by a police officer in Georgia.

White, who just recently retired from the NFL following the 2015 season, indicated that a police officer in DeKalb County went for his gun during what seemed to be a routine traffic stop for speeding and expired tags.

Start from the bottom and then scroll up to the top to read the tweets correctly. 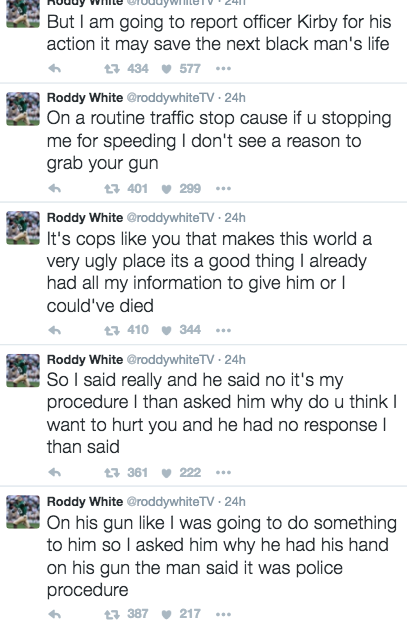 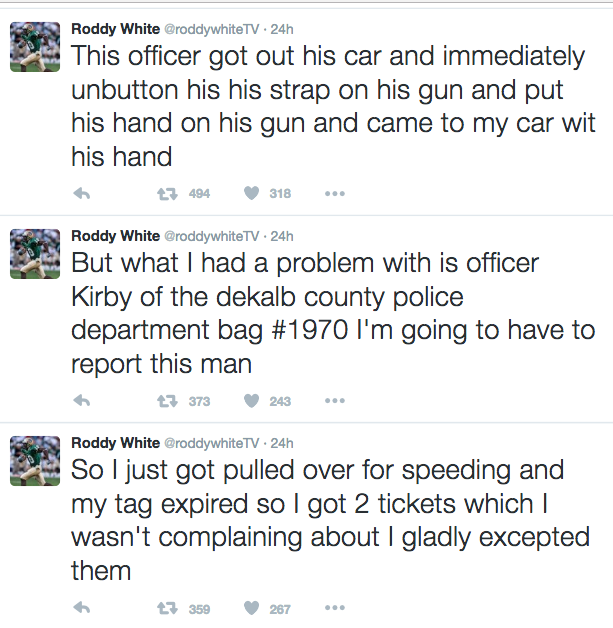 7 Christmas Towns in Georgia You HAVE to VISIT