Roberts was arrested on Tuesday after a woman inside of his home called 911 saying that she was being held against her will. He is accused of hiring eight women to dance for him in his million-dollar mansion where he instead held them against their will.


According to WSBTV and Sandy Spring officer, Sam Worsham, “What we believe is he was luring these women to this house with promises of either modeling careers or financial assistance,”

The women were escorted from the home following the 911 call.

She continued on to say that she and the other women there were forced to dance for money and explained she met Roberts on the social media site Seeking Arrangements, which connects women with wealthy men.

She claimed her boss, who she simply described as a man with a gun named “Ken something,” told her she could leave whenever she wanted – but threatened to kill her is she actually did.

According to Fulton property records, the brick two-story home is a total of 6,808 square feet. It boasts five bedrooms and five bathrooms. According to public records, the house belongs to a Dr. and his wife and was more than likely being rented by the pimp. 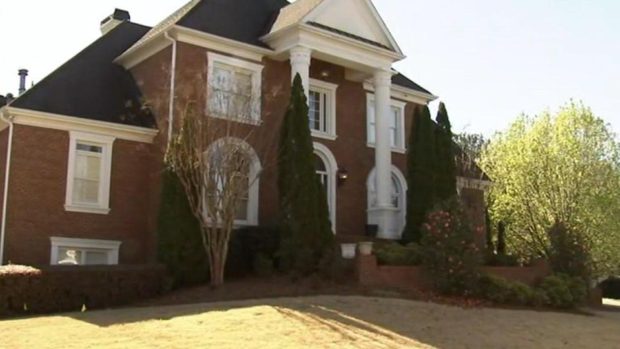