(AP) – A pet Siberian lynx attacked a woman who was feeding it in an affluent Atlanta neighborhood Tuesday, landing her in the hospital with injuries to her head, police said.

The owners of the animal were out of town and made arrangements with the woman to care for their exotic pet, police said. The lynx was returned to its cage and local animal control officials were notified, said Atlanta police spokesman Greg Lyon.

Another woman called police to say her friend had been attacked by the large cat, which can weigh up to 90 pounds.

When officers arrived in Buckhead, north of downtown, the woman was bleeding heavily from her head. Details of her condition weren’t immediately available.

The animal’s owner has a Georgia Department of Natural Resources wild animal breeding license and is in compliance with state law, according to Mark McKinnon from the agency’s law enforcement division.

The name of cat’s owner hasn’t been released. The owner has two serval cats, two caracal cats, one Canadian lynx, and four Siberian lynx, McKinnon said in an emailed statement. 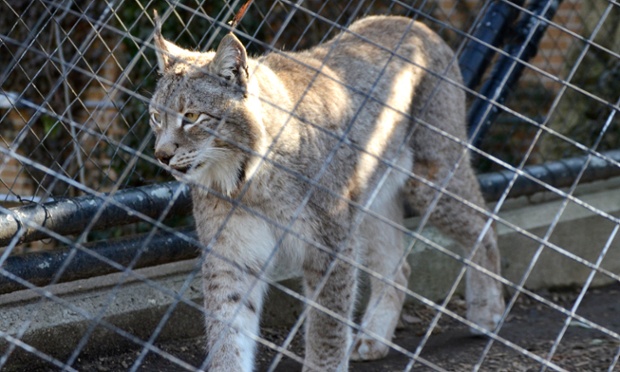 Life Time Fitness' LifeSpa Invites All for a 'Spaliday'

Recharge Before and During the Holidays at Ritz-Carlton, Reynolds Plantation