The 2019 Southern-Fried Gaming Expo (SFGE) will be coming into Atlanta this weekend between July 12th to 14th taking place at the Renaissance Waverly Hotel and Cobb Galleria Convention Center. The expo will feature over 250 full-sized arcade games, pinball machines and console systems, along with tabletop gaming, vendors, special guest speakers and much more. This event is a home-grown, family-friendly fan convention created by gaming fans for the gaming community in the Southeast.

Player One, LLC is a group of gaming enthusiasts who live in the metro Atlanta area who wanted an expo of their very own, they were also the founders of the SFGE. Joel, Dana, Patrick, Preston and Shannon created the expo to share the nostalgia and skill of the game with long-time gamers and to spread the joy of discovery with new fans of all ages. The expo connects people from all around the South through video game tournaments and tabletop gaming with over 3,000 unique visitors stopping by their show last year.

SFGE is anticipating close to around 250 arcade, pinball and console games within the Free Play Area for this year. Video game tournaments are available for both modern and retro gaming with tournaments for Tekken 7, Injustice 2, Super Smash Bros., Ms. Pac Man, Tecmo Super Bowl and more. Those looking for tabletop gaming and card gaming will be pleased to hear that SFGE partnered with www.GeekDad.com for the fourth year in a row. A few included in the game library are Settlers of Catan, 7 Wonders, Wingspan, Carcassonne, Munchkin and countless more

SFGE also goes beyond video games and tabletop space they will be offering music and wrestling for the upcoming expo! This year will mark the fourth consecutive appearance from Atlanta Wrestling Entertainment for Friday and Saturday. Saturday they will be featuring Member Only, an Atlanta-based party band that plays nothing but hits, at the ‘80s Prom Saturday night.

The Southern-Fried Film Festival is a partnership between the SFGE and Y’allywood Film Festival, both founded and operated in Georgia. For 2019 they will be featuring films from filmmakers creating the best films focused on themes of retro, sci-fi, gaming, pinball and gameroom culture. They will be awarding 2 prizes for “Best Short”($300) and “Best Feature”($500) that are selected by their Jury.
The SFGE is continuing their tradition of bringing special guests and have announced quite a few for this upcoming year including…
Ilan Mitchell-Smith (Weird Science)
Mike Vinikour (Associate Game Developer at Stern)
Annie Eaton (CEO of Futurus)
Jerry Buckner (Songwriter, Producer and Artist)
More to be announced

Axel Martinez contributed to this piece
* Photography by Juan Jusino * 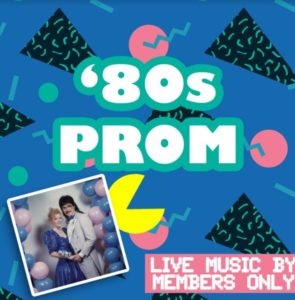 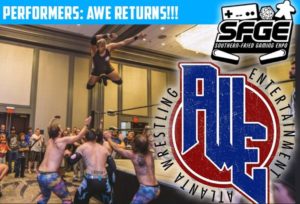 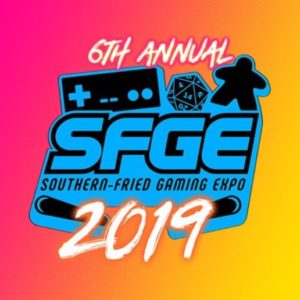 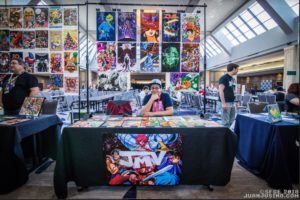 Weekend in the Mountains: Blairsville