Butcher & Brew Fest 3 will bring together 30 craft breweries from Atlanta and around the world. Attendees have access to unlimited pours from more than 60 beer choices. The beers can be paired alongside complimentary pretzel necklaces, and food from Butcher & Brew will be available for purchase.

Out of State Breweries

The Third Annual Butcher & Brew Fest will take place Saturday November 9th from 2:00 to 6:00 PM. Save by purchasing your tickets online through their Evenbrite page at a price of $40.00, prices will be higher at the door. A portion of proceeds from the event will also be going to The Giving Kitchen, which is a nonprofit organization that provides emergency assistance to food service workers through financial support and a network of community resources.

If you would like more information on the festival you can visit their website at www.butcherandbrewfest.com. You can stay up to date by following them on social media platforms such as Facebook and Instagram.

Open for lunch and dinner seven days a week, Butcher & Brew is an American gastro sports bar located in the soul of Alpharetta’s Historic Downtown District. It was founded in 2016 by restaurateur Louis Soon and serves an eclectic and extensive collection of craft beers, paired with bold and tasty twists on sandwiches, bowls and shareable fare. The food program is led by Culinary Director Andy Long. Butcher & Brew has been featured in The Atlanta Journal-Constitution, Eater Atlanta and Atlanta Magazine. Butcher & Brew is part of Maven Restaurant Group, which also includes neighboring South Main Kitchen. For more information, please visit: www.butcherandbrewshop.com

Giving Kitchen grew out of a beyond-expectation response to the devastating, stage-four cancer diagnosis of Chef Ryan Hidinger in December 2012. Ryan was well-known in the Atlanta restaurant community for his work at Bacchanalia, Floataway Café and Muss & Turner’s. And he and his wife, Jen, were beloved for their supper club called Prelude to Staplehouse, which they hosted for several years as a precursor to opening their dream restaurant. To this day, thanks to the leadership and vision of the Hidinger family and our donors, partners, staff and board, Giving Kitchen has supported over 3,000 food service workers in need of emergency assistance. 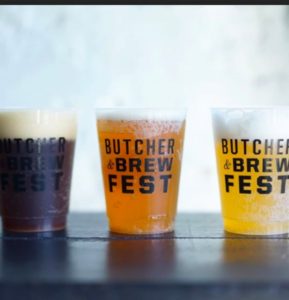 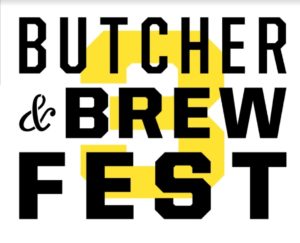