Of course, every big time college football game will cost you a good bit of money if you’re wanting to go but now bowl games are breaking the bank even a little be harder. The Georgia Tech Yellow Jackets have had an excellent year this year, one that many didn’t not expect at all to happen. Among those to not expect the great season, was myself who wrote this article at the beginning of the year. When you read that, you can tell that the team was expected to do much among their loyal fans.

The Yellow Jackets have been placed in the 2014 Orange Bowl and will face off against one of the best college football teams of the year that faulterd towards the end of the year, the Mississippi State Bulldogs. The Bulldogs of Mississippi State has an oustanding year from their quarterback Dax Prescott, as you may have noticed just looking at his numbers. His numbers are about how much you will spend going to the game ironically.

According to the prices listed on Ticket City, a nosebleed seat would be about the only affordable price for the average college student. The Orange Bowl usually brings out the celebrities in the Miami area so most of the $900 range seats will already be taken. Food prices are rumored to be not that insane but pretty steep for the average joe.

All in all, the 2014 Orange Bowl should be a wonderful, competitive game where you should break your bank because the experience will be an experience of a lifetime that many will never forget. 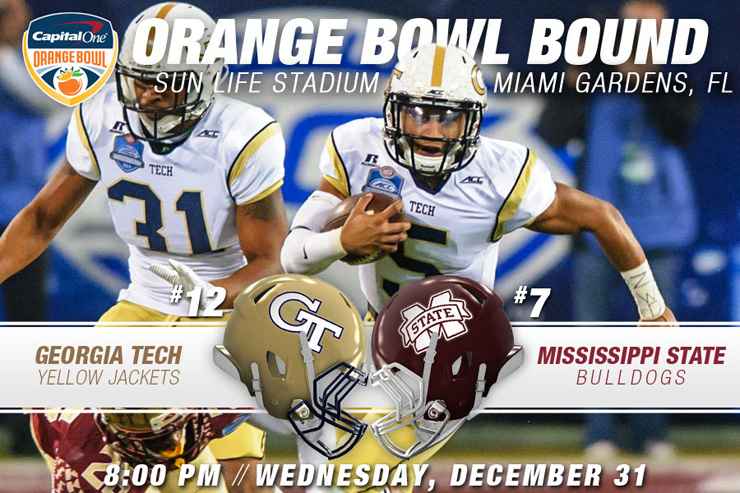 Felix House in Georgia has the BEST Christmas Display