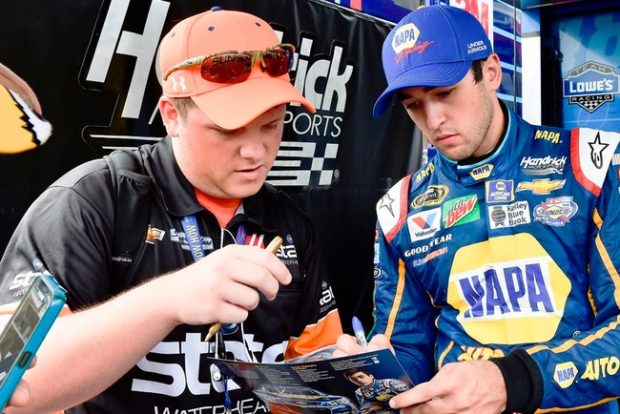 College students and a NASCAR race?

Sounds like a party to me and Chase Elliott is throwing a bash and a NASCAR race will break out.

The package, popular among millennial fans currently enrolled in college, offers a near industry-low price point for a NASCAR Cup Series race, a festive pre-race tailgate party, complimentary food and drink and a chance to interact with Chase Elliott, the 2016 Rookie of the Year in NASCAR’s top series.

Buyers of a Chase U ticket will enjoy a low $24 ticket for a seat in the Lower Winners Grandstand, free parking at the race and admission into the exclusive Chase U tailgate party taking place from 10 a.m. to noon on the day of the race.

The tailgate will include complimentary food and beverage for each ticketholder, live music, tailgate games, a Daytona USA racing simulator and a free-entry cornhole tournament with prizes and awards.

Elliott will make an appearance at the party for a special Q&A session with tailgate attendees and will take time afterwards to meet with fans.

“Atlanta is providing an awesome race-day experience for the students that come to Chase U,” said Elliott. “I want fans to have a great time at the race, with their own party zone, live music, food, drinks, games and a grandstand ticket, all for $24. If I were able to go watch a race, this is a place that would be fun for me. Everyone there will have a great time, and hopefully we’ll make some lifetime NASCAR fans in the process.”

The Chase U ticket package is available only to college students with a valid student ID and can be purchased today by contacting the Atlanta Motor Speedway ticket office at (770) 946-4211, (877) 9-AMS-TIX or by logging on to www.atlantamotorspeedway.com. 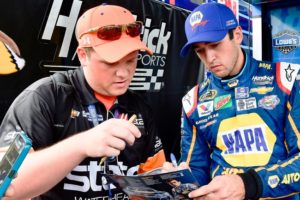