On the back of big games from Isaiah Briscoe and Earl Clark Trilogy claimed their third BIG3 Championship and second consecutive Championship at the BIG3 championship on Sunday afternoon in Atlanta.

It was just part of the action that took place on and off the basketball court.

There was strong play from Gronk and Nelly, but you will have to wait to see the close result of The Celebrity Game as it airs on Sunday, September 4, 2022 on CBS.

The Celebrity Game featuredtwo teams of celebrities going head-to-head in a game of FIREBALL3 – the BIG3’s innovative 3-on-3 game played on a half court with single free throws, a four-point circle, and even the “Bring the Fire” rule allowing teams one challenge per half determined by an in-game one-on-one.

This was a day of big stars as others in attendance included Tim Tebow, Dr. J (Julius Erving), Clyde Drexler and George Gervin. This NBA greats showing support demonstrate how big the BIG3 has become all summer.

“These games are for a great cause and the fans,” explained Gronkowski. “There are all sorts of celebrities that come and show their support and we all have a good time.” 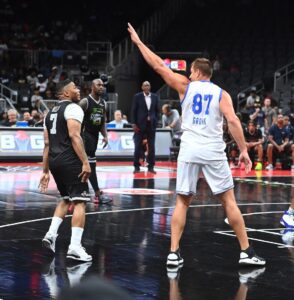 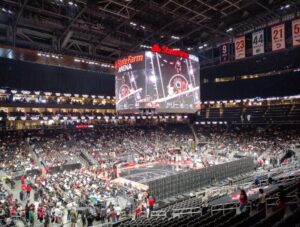 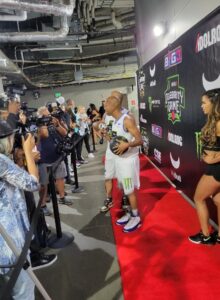 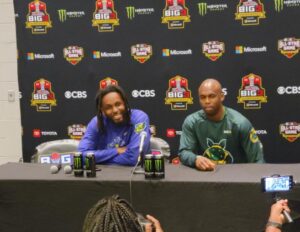