Curry Up Now, the largest and fastest growing Indian fast-casual concept in the United States, has opened in Decatur, Georgia. The new greater Atlanta area location is the brand’s first East Coast setup and is part of a multi-unit franchise deal with experienced local franchise group Curry Up Now Atlanta.

As part of this deal, four additional franchise locations are expected to open in the greater Atlanta area by the end of 2021.

“Curry Up Now has been serving innovative Indian eats to its demanding West Coast customer base for a decade, and we knew timing was right to introduce the one-of-a-kind comfort Indian street food to the East Coast for the first time,” said Curry Up Atlanta Group. “We’re proud to open the brand’s first franchise location and first location on the East Coast. With authentic flavors and fresh ingredients at its core, we’re confident in the success Curry Up Now will have in the greater Atlanta area as we rapidly open new locations over the next two years.”

Founded in 2009 by husband and wife duo, Akash and Rana Kapoor, Curry Up Now has seen an increasing demand for its fresh, flavorful ingredients and menu items that offer an innovative spin on traditional Indian cuisine. Marking the grand opening of the fast-casual concept’s first franchise location, the new storefront is located at 1575 Church Street, Suite 210 in Decatur, Georgia.

Curry Up Now differentiates itself in the marketplace by taking traditional Indian flavors and presenting them in a friendly, recognizable format that supports many different diets and uses locally sourced ingredients whenever possible.

“Our mission at Curry Up Now is to bring our customers happiness through food, and we are excited to take our flavors cross-country to bring our unique interpretation of traditional Indian cuisine to even more diners,” said co-founder and CEO of Curry Up Now, Akash Kapoor. “The new Decatur storefront is just the beginning, as we actively seek additional franchise locations and expansion opportunities throughout the greater Atlanta area – and beyond.”

Curry Up Now is looking to grow and is partnered with Fransmart, the industry leading franchise development company behind the explosive growth of brands like Five Guys Burgers and Fries, The Halal Guys, and Qdoba Mexican Grill, as their exclusive franchise development partner to grow the brand. Curry Up Now has over 45 franchise locations currently in development, along with multiple market details in the works in more than five states nationwide. The brand is currently looking for experienced multi-unit foodservice operators to develop additional franchises in major markets across the country.

The concept, which is known for its innovative spin on traditional Indian cuisine, has been recognized in publications such as Zagat: ‘5 Hottest FastCasual Chains,’ EATER SF: ‘SF’s Best Indian Restaurants,’ 7×7: ‘100 Things To Eat Before You Die,’ QSR: ‘40 Under 40,’ Fast Casual: ‘Top 100’ movers & shakers, and Nation’s Restaurant News: ‘2018 Breakout Brand.’ Curry Up Now currently operates six brick-and-mortar corporate locations and three food trucks in California’s Bay Area, and has both corporate and franchised units in development across California, New Jersey, and the greater Atlanta, Georgia area. For more information about Curry Up Now, visit www.curryupnow.com. 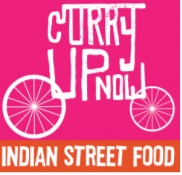 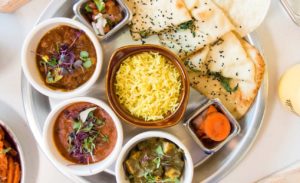 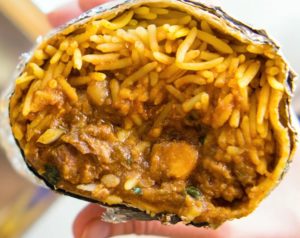 11 Things to Do in Atlanta Area in the Halloween Season