Delta, Atlanta United and Mercedes-Benz Stadium came together to offer fans a unique once in a lifetime opportunity with Delta Travel Goals on July 30th. Thousands of people applied for the opportunity to participate in travel goals and only hundreds were randomly selected to attend and bring a guest. The Travel Goals challenge put people into four teams placed on different corners of the Mercedes-Benz stadium with the goal to kick the ball in the main pitch, but that wasn’t all.

The fans were joined and coached by Atlanta United players Dion Pereira, Franco Escobar, Tito Villalba and Eric Remedi. Each team competing against one another in the kicking competition, with each participant having three opportunities to try and score one point for their team. The team with the most points would win the phenomenal prize from Delta, every goal-scoring participant on the winning team would receive two free round-trip tickets to their preferred destination out of Atlanta, among other prizes.

“I got to this event by being an Atlanta United fan, I followed them on Instagram and saw them post this one day. I told my girlfriend we should sign up and she was actually the one who won,” said participant Michael Miranpa on team Tito Villalba. “I got it on my third try and my girlfriend got it on her first. I hope they sign me up, I wasn’t expecting to get any so getting one was definitely a good feeling.”

After the participants had taken all their shots it came down to a final showdown amongst the Atlanta United players to try and lead their team to a victory. First up was Team Villalba against Team Pereira in a five minute back and forth shoot off, with Pereira securing third place with 38 points and Villalba coming in last with 24.

Next were the two teams who were one point away prior to the shoot offs, Team Escobar and Team Remedi. The two teams delivered goal after goal and ended up with a tied score of 43, then came the “overtime shots”. You could feel the intensity in the air as the participants cheered and supported the team captains as they prepared to take the final shot. In the end Team Remedi prevailed coming out with a score of 44 points on the board.

Delta Travel Goals 2019 brought gave Atlanta United fans an astounding experience as people met favorite players and fellow fans alike. Delta Air Lines sponsors Atlanta United and is the team’s official airline, they are the primary carrier for flying the team to its road matches through the 2022 season.

Axel Martinez contributed to this piece 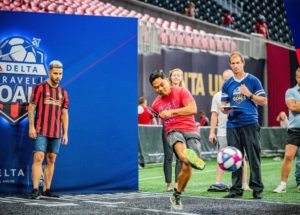 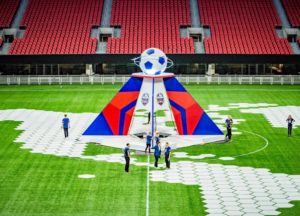 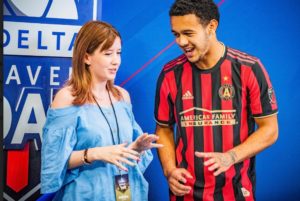 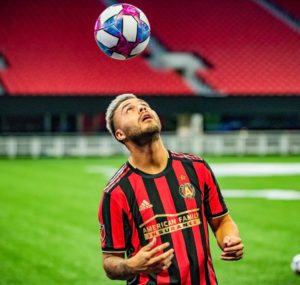