“Super Bowl LIVE presented by Verizon is an opportunity to celebrate and embrace Atlanta’s vibrant culture and renowned music scene,” said Brett Daniels, chief operating officer of the Atlanta Super Bowl Host Committee. “We are thrilled to have the legendary Jermaine Dupri as our music producer for the free event in Centennial Olympic Park. His involvement will curate a special week of musical acts creating lasting memories for Atlanta residents and visiting fans during the days leading up to Super Bowl LIII.”

Jermaine Dupri is currently celebrating his record label, So So Def Records’ 25th anniversary. His involvement in Super Bowl LIVE presented by Verizon will include securing talent and producing the evening concerts across various genres.
“Since I’ve entered the music scene, I’ve always had concerns with how people view the city of Atlanta, both musically and overall. It’s an incredible place to be, and I am always thinking of ways to make that view better. I feel it’s my duty as the Unauthorized Mayor to help Super Bowl LIVE create the best Welcome to Atlanta experience for the fans ever!!” said Jermaine Dupri.

Centennial Olympic Park in downtown Atlanta will be the site of the free, large-scale fan festival leading up to Super Bowl LIII on Sunday, February 3, 2019. Super Bowl LIVE presented by Verizon will be open to the public the following days and times.

As presenting sponsor, Verizon will have a visible brand presence around Super Bowl LIVE’s Verizon stage and private VIP area. In addition, Verizon will have additional activation space for fan engagement showcasing Verizon UP, the company’s customer rewards program. 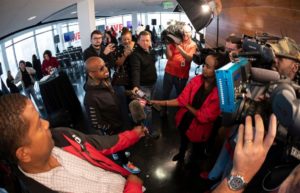 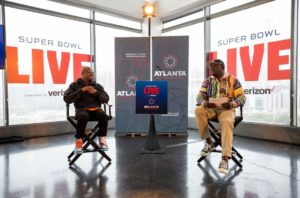