Tennis’ Footprint in Georgia Expands Thanks to TGA Tennis

When we last checked in with Gwinnett County’s Tenesha Davis, she was building her upstart TGA franchise slowly and surely and gaining traction in Georgia’s fastest growing county.

Fast forward to September 2017, and Davis is more than just tennis and golf, as team sports have been added to the equation and growth is occurring on a daily basis.

“We’re growing in Gwinnett” said Davis. “Everyone is on board. We take the program to school. The kids are already there so we have (that) advantage and parents love that convenience.”

TGA of Gwinnett County has grown and various changes and Davis says additions have been added to the program.

“Yes, we’ve added some additional sports. Tennis has expanded to a younger age group classes for pre-k and kindergarten. Our classes are shorter, focus on hand eye coordination. exposing kids at a younger age.”

With the U.S. Open being a wrap, and two Americans in the finals and four in the semi-finals, Davis says she can feel the excitement growing in tennis.

“It’s exciting, two young Americans in finals. We pass this along to the kids. We want the kids to know who these American players are. We teach the history, rules and etiquette of tennis along with the strokes.

But it’s one thing for the kids to experience this, TGA does a great job keeping the parents in the loop.

“When it’s something exciting for us, we communicate this to the parents,” added Davis. “We want kids and the family to watch on TV, it’s an opportunity.”

Now years into the program, Davis says they lose kids as they advance, and that’s a good thing as the TGA curriculum matures.

“Kids have gone through program and want to go to next level. The USTA and their family steps in to play leagues, private lessons and tournaments. Our goal is to teach kids the basic fundamentals as they move on to the next level. Our TGA support has been great. As time has gone on, we’ve learned things that have worked well and things that haven’t worked. The partnerships do help.”

Davis puts her heart and soul into making sure her kids have a chance.

“Tenesha’s participation numbers and the quality of instruction students receive continues to gain momentum in Gwinnett County,” stated TGA CEO, Joshua Jacobs. “Tennis could play a huge role in the development of students in Gwinnett County, but the lack of after-school programs throughout the school district hinders the growth. It’s a shame because the lifelong sport of tennis can provide benefits to students and families both inside and outside the classroom.”

If you are in Gwinnett County, get more information at: http://playtga.com/gwinnettcounty/contact

TGA franchises can currently be found in more than 80 markets across 27 states, as well as internationally in Canada and Spain. Its continued growth has impacted over 700,000 youth and made these sports available to 1.75 million families. Future expansion strategies include the addition of 100 more franchises over the next two years, the addition of more sports, and impacting another one million youth through its education-based programs and the TGA Sports Foundation, which provides access for all children and promotes the physical, educational, social and character-building elements of these sports. 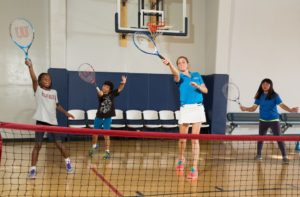 What to Expect from "Atlanta" Season 2