We all know the Braves are in the middle of a rebuilding phase and are looking to add more prospects to the team. Meanwhile, a woman at the Braves game found a prospect while with her man is still under contract.

Brynn and Delana were enjoying their night watching the Braves play at Turner Field while it’s still in downtown. Allegedly, these two girls caught a woman sexting a man while she was with her husband. It’s hard to tell if it’s legit or not, but these girls went through great lengths to verify that it is real (by exposing alleged return texts as well as follow up messages and also video).

Since the tweet below was posted, it has been retweeted over 15,000 times and still going.

When there's a married couple in front of you but….hoes ain't loyal so me & @lanabaybee8 expose em! #Nancy? #ormark pic.twitter.com/U4A2RmaDh4

So, the woman pulls out the classic cheating tactic by disguising her side piece name as Nancy. Supposedly, the name of the 2nd lover is named Mark Allen. As you can see if some of the texts, she was describing some situations she wanted to be in with “Nancy”. Not only did the duo post tweets of the alleged cheater, they also wrote a note to the husband.

If you cannot read the handwriting on the photo, it is as follows:

“Your wife is cheating on you. Look at the messages under Nancy! It’s really a man named Mark Allen. There is pictures on my phone. She has deleted the messages. [Followed by the message writer’s number.] Sorry, just thought you should know!”

Now, the note written kind of contradicted itself by saying “Look at the messages under Nancy” and “She has deleted the messages.” But either way, the young lady also attached some photos of the texts. 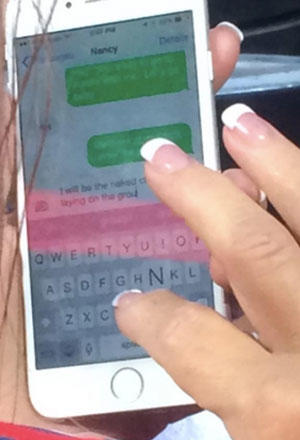 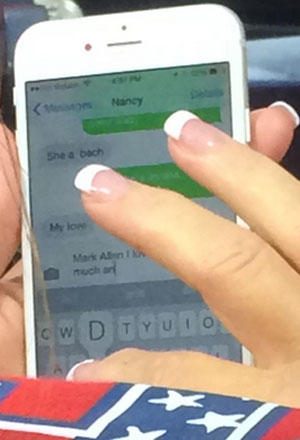 Now, this woman could place this blame on anything. She could blame herself for her lack of awareness, her cheating ways, the Braves for not being entertaining, or even our society for being centered around being nosy and exposing people. But either way, what’s been done has been done.

Shameik Moore: More Than An Act