A great day for fans and two singles competitors on Sunday for the singles final at the 2019 Mercer Tennis Classic.

South Carolina native, Shelby Rogers was playing in her second consecutive singles final and Katerina Stewart was having a breakthrough week at this 80K USTA Pro Circuit event.

Rogers has been the most dominant player all week in Macon, and that appeared to continue after seven games in Sunday’s final. But that is when Stewart found her range, particularly with her backhand to start forcing Rogers errors. Really the first stretch of errors shone by Rogers all week. Stewart actually held a 6-5 lead before Rogers held a meeting with herself to regroup.

Rogers held to force a tiebreaker, but Stewart claimed the first two points of the tiebreaker on Rogers unforced errors. Rogers again with a racquet tap on the court, and reeled off seven straight points including service winners to nab the opening set.

The second set showcased Stewart’s defensive skills. Rogers continued to unleash big forehands and backhands keeping Stewart well behind the baseline. But Stewart seemed to get “just one more ball back” to force a Rogers error that she was able to take advantage of to claim the second set 6-3.

On to the third set,where Rogers appeared to start laboring a bit on long points. Stewart sensed something may have been wrong, but Rogers kept fighting until the end, even though Stewart pulled away with the three-set victory.

One of Stewart’s biggest titles of her career.

“The first set, I was able to fight back and almost take it,” stated Steart. “Then I saw she might have some kind of condition, so I just stick in there and thought I might have a good chance.”

Stewart said she’s not playing the next two 80K tournaments, but will opt to just play two 25K level events in Florida.”

Rogers and Stewart had never faced each other as professionals.

In Saturday’s doubles final that went the distance, the American duo of Usue Maitane Arconada and Caroline Dolehide outlasted Jaimee Fourlis of Australia and Valentini Grammatikopoulou of Greece. The final score of 5-7, 6-2 (10-8) showed just how close this match was from the start.

The Americans used their aggressive net play to take the second set and hold off the international pair in the match tiebreaker.

On Wednesday, the Mercer Tennis Classic hosted a Net Generation Kid’s Day attended by up to 100 junior tennis players.

Great crowds, great energy and support from tennis fans all week in Macon.

Now in its seventh year and third year as an 80K event, the Mercer Tennis Classic will once again feature a weeklong 32 player singles draw and 16 doubles teams in Macon. It’s seven days of fan friendly tennis and now the second biggest professional tournament in the state of Georgia in terms of prize money (ATP World Tour 250 event – BB&T Atlanta Open in July, is the largest). It is also the longest running professional women’s tennis tournament in the state of Georgia. 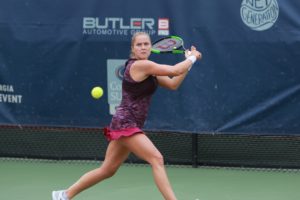 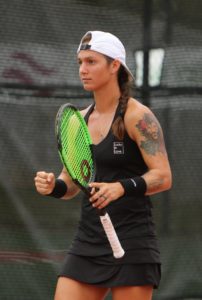 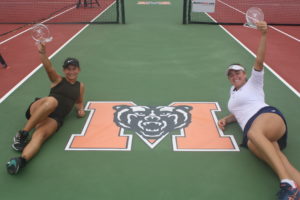 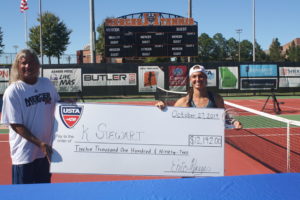 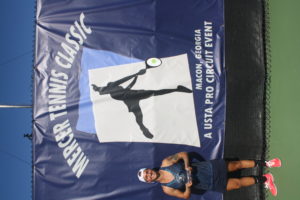 Any Easy Drive: Sports, Sun and Surf in Daytona Beach

Harlem Globetrotters Coming to both Atlanta and Duluth