Here’s a real pleasant surprise for all of the Grand Theft Auto and Walking Dead fans out there. Steven Ogg the guy who did the voice and motion capture performances for Trevor Phillps in GTA 5 has been spotted on the set of The Walking Dead.

Last week a fan posted a picture on Twitter with Ogg at the 6th season wrap party for TWD. Ogg has also confirmed that he’s been working in the area though Instagram post.

@StevenOgg It was a pleasure to meet you at twd wrap party. Can’t wait to see your performance in #TheWalkingDead pic.twitter.com/Nrs2s7CicW 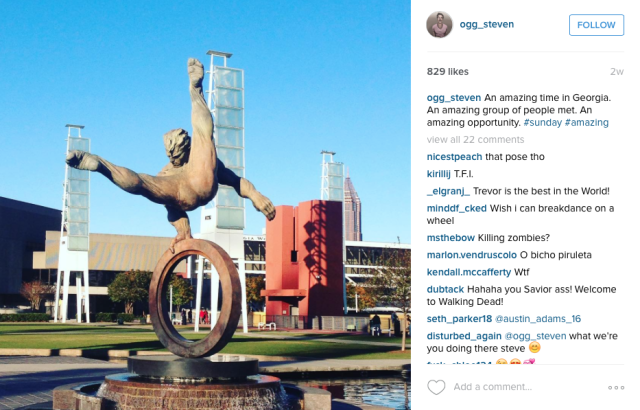 Many Walking Dead fans predict that Ogg will be apart of The Saviors, a biker gang that appeared in episode 6 of season 6. Being in a biker gang doesn’t seem that far off from Trevor. Only time will tell…

Related: Why Georgia is Taking Over the Film Industry