ATLANTA, GA — The sometimes deadly “kissing bug” — a nocturnal, bloodsucking parasite that carries an inflammatory infectious disease — has been confirmed in dozens of U.S. states, including Georgia, the federal Centers for Disease Control and Prevention said. Chagas disease is spread by the triatomine bugs, which typically bite people in the face.

The CDC said in September the kissing bug was making its way north from South and Central America. If Chagas disease is left untreated, the infection is lifelong and can be life-threatening, the agency said.

Most infected people don’t experience symptoms, which can include fever, fatigue, aches, headache, rash and swelling at the site of transmission. But in severe cases, Chagas disease can lead to stroke or heart failure.

Chagas can be deadly for babies, people with immune deficiencies and puppies. Currently, about 300,000 people in the United States and 8 million people worldwide are living with the disease, and researchers expect more U.S. infections could occur with climate change.


Preventing the disease begins with keeping the bugs out of your home. Seal cracks around windows and doors; removing wood piles near your house; use screens on doors and windows and repair any holes or tears, experts advise. 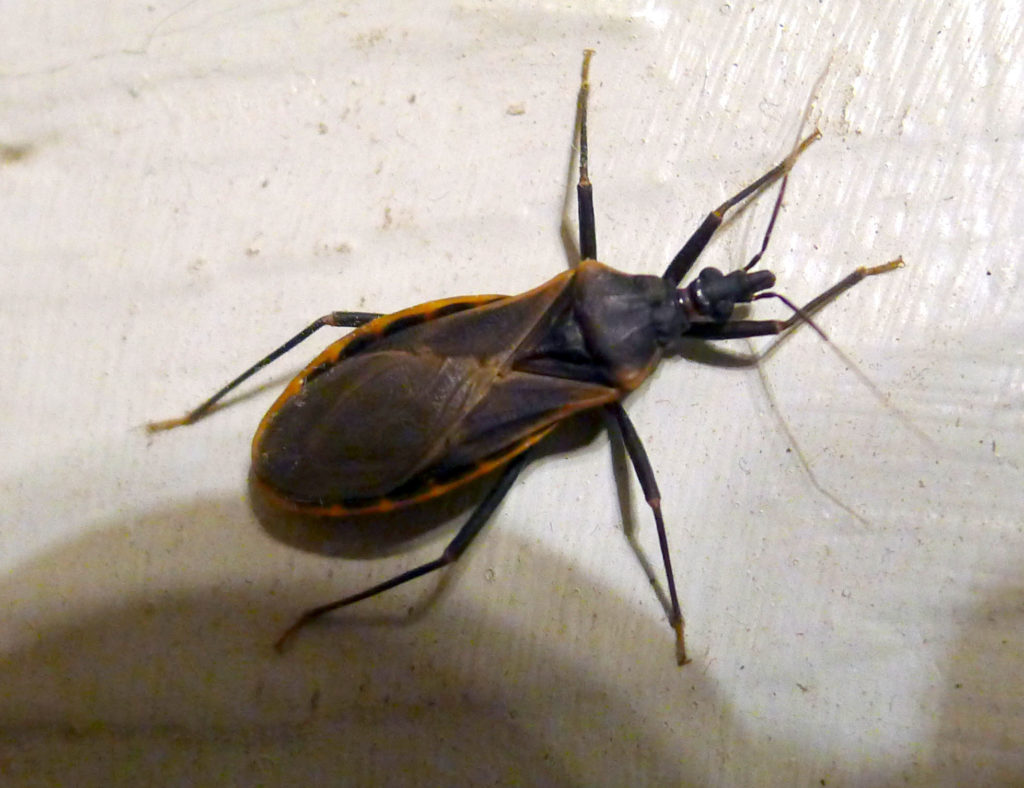 Though found primarily in the southern half of the United States, the kissing bug bit a Delaware girl in 2018, the CDC confirmed last week. The girl was bitten in the face while watching television in her bedroom in the family’s home near a wooded area. The family had not recently traveled outside of their local area, which the CDC said was evidence the kissing bug is in the state.

The girl did not get sick from the kissing bug, according to news reports.

All that said, it’s really not that easy to get Chagas from a triatomine bug, the CDC says. Here’s why: The parasite is found in the bug feces, and infection typically occurs when the bug defecates on or near a person while feeding on his or her blood, typically when someone is sleeping. The fecal material gets rubbed into the bite wound or into the eye or mouth, and that’s how the parasite enters the body.

Also, the CDC said, not all triatomine bugs are infected with the Chagas-causing parasite.

The map below shows where the kissing bug has been found or has the potential to be found.

What To Do To Protect Yourself

The CDC says people can protect themselves against the kissing bug in several ways:

People who find an insect they think may be a kissing bug should place it unsquashed in a container and take it to their local health department or university for identification, and then thoroughly clean the area where it was found with a solution that includes one part bleach to nine parts water.

The kissing bug can also make pets sick. Researchers with Texas A&M University’s Agriculture and Life Sciences Department said the parasite can infect dogs with severe heart disease, though many don’t show any symptoms. The researchers said complications are typically related to the age of the dog, the activity level of the dog and the genetic strain of the parasite.

There is currently no vaccination to protect humans and dogs from Chagas disease.

Atlanta Named One of the Worst Cities For Commuting - AGAIN