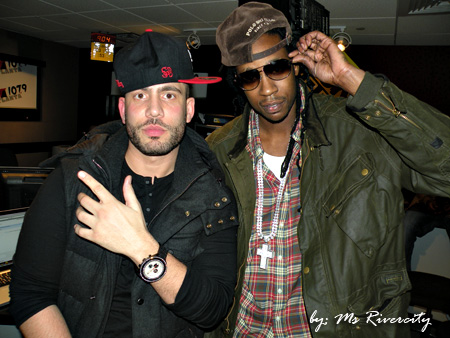 2 Chainz recently sat down with Shaheem Reid of XXL to talk about his forthcoming mixtape “”T.R.U. REALigion” which will be hosted by Gangsta Grillz. He talks on features and concepts of the project which is set to drop November 1st. Read part what Tity had to say below.

“Religion is the study of belief and trying to find the truth,” he said about the mixtape’s concept. “T.R.U. can stand for anything from The Real University to anything I want it to be. I’ll be giving out scholarships to be this real shit. It’s a big concept and we going hard. A lot of these niggas used to be real and they dropped out, you feel me? Everybody can’t get a degree in this real shit. Everybody can’t get it, they gonna have to go to summer school. So T.R.U. REALigion, not only am I swagged up, but understand this has to do more than with some clothes.”

“I have Big Sean, Gucci [Mane], [Young] Jeezy and Birdman on the record,” he revealed. “I have a record I gave to Green Lantern to do his thing with Jadakiss. I got a couple surprise people that ain’t nobody in the world gonna believe been calling my phone. We’ve been talking about doing a remix to ‘Spend It.’ Won’t nobody in the world believe it. But I don’t like talking about the new Js until I’m in ’em.”

For Sisters Only | Events