Atlanta Hawks Just One Win Away From Restoring Hope

Atlanta Hawks center Al Horford reacts after hitting the game winning shot to beat the Wizards 82-81 in their Eastern Conference Semifinals game 5 on Tuesday, May 13, 2015, in Atlanta. (Curtis Compton/Atlanta Journal-Constitution via AP) MARIETTA DAILY OUT; GWINNETT DAILY POST OUT; LOCAL TELEVISION OUT; WXIA-TV OUT; WGCL-TV OUT

Dominique Wilkins might have helped Atlanta Hawks basketball burst into national consciousness with his undying penchant for gravity-defying dunks and applause-inducing duels with fellow superstars in the Omni Coliseum, but he never advanced to the Eastern Conference Finals. For that matter, no one ever has while wearing an Atlanta uniform.

That can change now, and all it takes is one more victory.

After Al Horford’s hustle play in the closing seconds of Game 5, the No. 1 seed now has a 3-2 lead over the Washington Wizards. This bunch of overlooked players—yes, even with four All-Star bids to their credit this season alone—can claim a berth in the penultimate round of the playoffs with a win on Friday night. If that doesn’t go according to plan, they also have a chance to travel back to Atlanta, play in front of a raucous crowd at Philips Arena and experience the very same result.

All it takes is another win, the 68th of the year, and this Hawks unit will be just four victories away from the franchise’s first trip to the NBA Finals in decades.

The last time this organization could claim one of the last two teams left standing, Bob Pettit was leading the charge in 1961. In fact, that postseason run was so long ago that the Hawks called St. Louis home and were one of only eight teams in the Association. Generations have spanned without the team so much as sniffing a performance on the sport’s biggest stage. 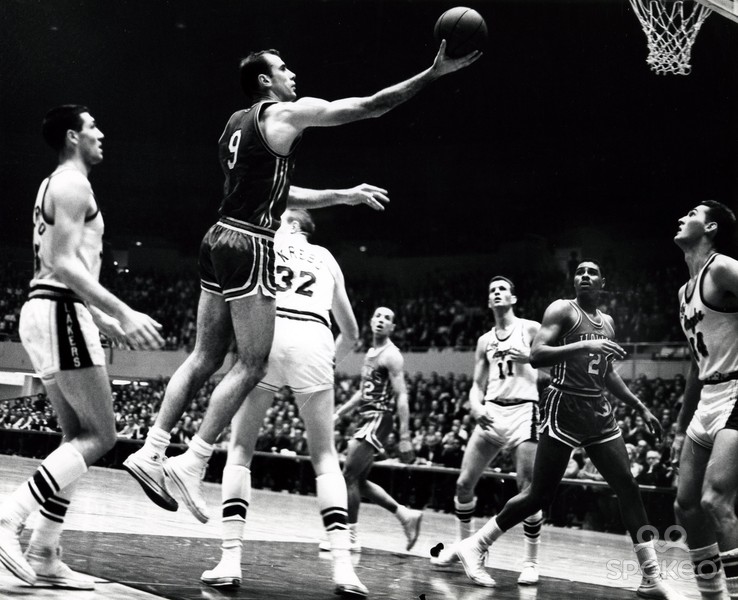 Is it any wonder the city is so excited?

The diehards watched this team from the very beginning of this magical season, and the bandwagon has been growing heavier and heavier, adding passengers throughout the year as more fans dare to believe. A perfect January—literally perfect, as the Hawks became the first team in NBA history to go 17-0 in a month—only helped the train gain steam, as did finishing with the top seed in the Eastern Conference and subsequently advancing past the Brooklyn Nets.

As Chris Vivlamore reported for The Atlanta Journal-Constitution, “The television ratings for this year’s postseason are up 67 percent over last season that resulted in a first-round loss to the Pacers. Through 11 games, the average rating locally is 7.2. Ratings for the second-round series against the Wizards are up 23 percent over the first-round series against the Nets.”

And that’s not all. The nail-biting Game 5 drew to a conclusion in front of more viewers than any other broadcast in Atlanta Hawks history.

Fans flocked to their televisions to watch Kyle Korver work from beyond the arc, marveling as he found nothing but net on a game-changing deep three late in the fourth quarter. They excitedly cheered Horford’s heroics and Paul Millsap’s frontcourt versatility. They hoped Jeff Teague could resume his role as a shot-creating star at the point, then witnessed a certain young German 1-guard attempting to take over down the stretch.

The list goes on, whether we’re talking about Mike Muscala’s sudden emergence as a rotation stalwart off the bench or DeMarre Carroll’s postseason excellence.

Pinning the hopes of a beleaguered sports city on one team is a difficult proposition for any squad, and this one is no exception. The Hawks have felt the weight of expectations throughout the playoffs, often struggling to make the wide-open looks that scorched through twine during the best regular season in franchise history.

All the same, they’re still in position to advance during a portion of the year in which an ugly win counts just as much as a blowout victory. Faith in the Hawks has been shaken during the NBA’s second season, but there hasn’t been any reason for it to disappear completely, especially when working with the knowledge that Randy Wittman’s Wizards are playing much better offensive basketball than they did before the start of the playoffs.

And that’s all that matters to a city that has been forced to endure so many high-profile letdowns since the Atlanta Braves beat the Cleveland Indians in the 1995 World Series, bringing home the last major Peach State title.

One more win, and the Hawks are another step closer to erasing the torturous memories associated with the ’96 Braves, whose chance to win the World Series unravelled when Mark Wohlers allowed a three-run blast from Jim Leyritz and squandered a chance to go up 3-1 on the New York Yankees.

One more win, and the Hawks advance to the next stage, coming closer to letting a city sleep peacefully through old nightmares of John Elway torching an Atlanta Falcons secondary for an 80-yard touchdown pass to Rod Smith that essentially put Super Bowl XXXIII out of reach.

One more win, and the Hawks are even closer to lessening the sting of the Georgia Bulldog’s red-zone fiasco against Alabama in the 2012 SEC Championship. Unless you’re a Yellow Jacket, in which case you’ll probably still feel joy whenever you think back on Chris Conley’s ill-advised catch of a deflected Aaron Murray pass on the five-yard line.

Assuming it emerges victoriously from one of the next two games, Atlanta likely won’t be favored in the Eastern Conference Finals. Not against a Cleveland Cavaliers squad that features LeBron James and Kyrie Irving. But this team has been overlooked for much of the year, and just staying alive for a while longer allows those who have fallen in love with this team’s unselfish offense and relentless defensive intensity to let their imaginations continue running wild.

A championship would certainly be nice. Preferable, even, as it would end the Hawks’ 57-year title drought.

But for a tortured sports city that actively expects letdowns, if only to avoid feeling so much pain when those predicted losses actually come to pass, a little hope goes a long way. All it takes is one more win.

ETC Middle School Classic Football Camp in Roswell on May 31