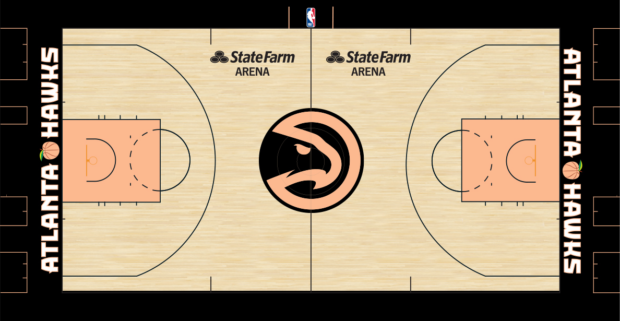 ATLANTA – The Atlanta Hawks have announced plans to officially debut their new Nike City Edition uniform at the Nov. 20 game versus the Milwaukee Bucks. This year’s release of the city-themed kit is based on the name of the ubiquitous Atlanta street and willavailable on the same day for pre-order at hawks.com/Peachtree.The uniform, which will be accompanied by a corresponding custom court for home appearances, will be worn by the team 11 times throughout the season at State Farm Arena. The dates for the “Peachtree Nights” are: 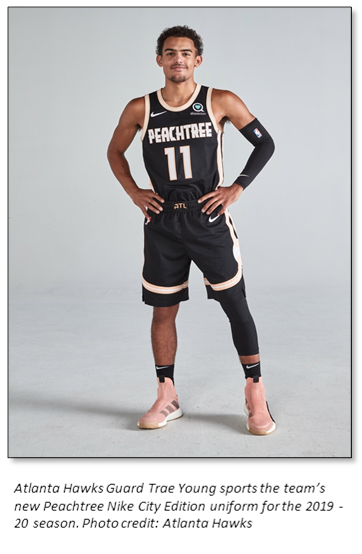 The Hawks Peachtree City Edition uniform is a bold statement in black with eye-popping accents of peach for an exciting new colorway. It signifies strength (black) and a spirit renewal (peach) with the name of the iconic avenue emblazed across the chest. Distinctive details include the famous “ATL” designation at the waistband, the peach/basketball hybrid symbol at the knee, and the jersey patch of the Atlanta-based digital healthcare company Sharecare.

“The Atlanta Hawks are paying homage to Atlanta culture with our new Nike City Edition unis,” said Atlanta Hawks and State Farm Arena EVP and Chief Marketing Officer Melissa Proctor. “Peachtree symbolizes the streets that connect our neighborhoods, from Bankhead to Buckhead, from the West End to East Atlanta Village, and all throughout the metro Atlanta area.”

Along with the special uniform and court, the Peachtree Night games will highlight the distinctive and exceptional symbols of Atlanta from food and music to personalities and landmarks. The Hawks’ award-winning retail department will debut its coordinated “Peach & Black” collection that features a full line of apparel for both men and women on Nov. 27.  The line will be available at team stores both in-arena and online.

Nike introduced the NBA City Edition uniforms in 2017 as designed to “represent insights and emotion from the court to the upper deck to the cities’ streets, in pursuit of a unique way to capture each team and its city in a way that respects the past and present of the clubs while also positioning them for the future.”

The Hawks versus Bucks tips off at 7:30pm.  For more information about the Peachtree Nights games, City Edition Uniforms or Peach & Black collection, go to hawks.com/Peachtree.