A “body” found along a trail in Georgia turned out to be just a “case of littering.” Deputies responded Thursday, Feb. 3, to a report of what was believed to be a body in Hitchiti National Forest, according to a Facebook post from the Jones County Sheriff’s Office. 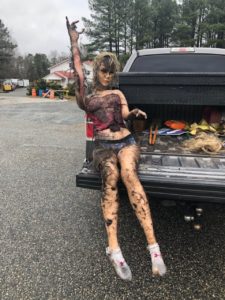 Investigators were called to the scene but soon discovered the “body” was a life-sized doll — “complete with accessories” and a model number. “Never missing the opportunity, the crime scene was appropriately processed and the evidence was collected and brought to the Sheriff’s Office,” the Facebook post read.

Deputies named the “victim” Selena. They said she is “a little under the weather” but expected to fully recover. “In all seriousness, thank God for small blessings in that this just turned out to be a case of littering,” the sheriff’s office said. “If you know Selena or are responsible for her whereabouts, rest assured no DNA was collected and you are safe.” The sheriff’s office just asks that, in the future, people dispose of their items more responsibly. Jones County is about 16 miles from Macon.

Felony Drug Possession: What You Need To Know