Exclusive for Braves’ fans, Coopers’ Craft boasts a bourbon bar located on the first base side of the Terrace Level of SunTrust Park. The Coopers’ Craft Bourbon Bar offers an assortment of signature cocktails with a focus on simple, two-to-three ingredient cocktails which game-goers will find both refreshing and session-able.

Honoring the men and women who raise the barrels, Coopers’ Craft celebrates the company’s more than 70 years of barrel-making and wood expertise as the only major distiller that owns its own new barrel cooperage. The original Coopers’ Craft bourbon is aged in a traditional American White Oak barrel. After it is aged, the bourbon runs through a special beech and birch charcoal filter finishing process, creating a smooth and gentle bourbon that is bottled at 82.2-proof. In contrast, Coopers’ Craft Barrel Reserve is aged in a unique chiseled and charred American White Oak barrel that allows the whiskey to interact more deeply with the wood, creating a robust and more complex flavor profile.

Bourbon and burgers… could it get any better? 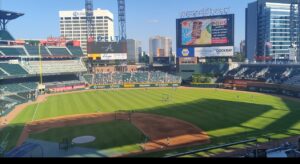 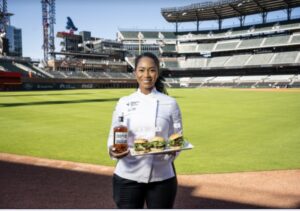 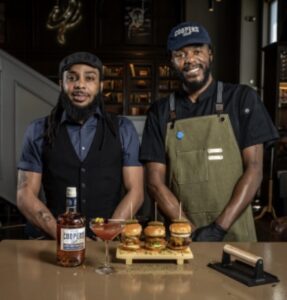 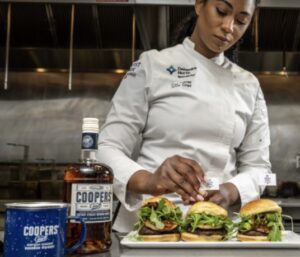